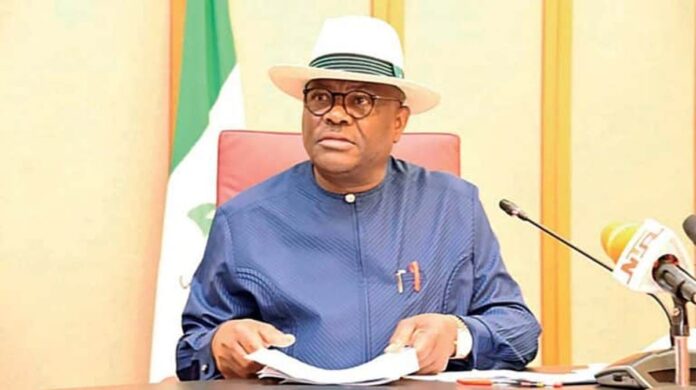 In a statement on Friday by the National President of the group, Mazi Okwu Nnabuike, he said the advice became necessary to avoid regrets.

Okwu said the two governors, who are running for political positions in their respective States, would do themselves great injustice by endorsing a candidate of another political party.

He observed that, “Governor Ugwuanyi is an asset we will need in the Senate as he has the experience needed to attract federal presence to the State. However, should Wike lure them into endorsing another presidential candidate, it could backfire and cost him the ticket. It will be a political doom.

“We have it on good authority that the Peoples Democratic Party, PDP, national leadership has concluded plans not just to expel the governors from the party, but to dissolve their State executives.

“This should not be taken for granted as it would totally destabilise them and come with huge and avoidable electoral loss.

“What happened to the AD in 2003 should be a lesson to the governors, when the party endorsed then President Obasanjo of the PDP and the AD ended up losing every other position.”

Okwu reiterated that Governor Wike was fighting a personal war, stressing that “if the PDP presidential candidate, Atiku Abubakar had chosen him as running mate, we wouldn’t have been hearing ‘Ayu must go’.

“Suffice it to say that Wike is only nursing personal anger and frustration against Atiku and the two South-East governors who are with him should think deeply about it.”

RELATED POSTS:  Why things are not working in Nigeria – Peter Obi

“The Rivers governor is not running for election and stands to lose nothing, unlike the other governors who are on the ballot. They should immediately end their romance with Wike,” he further advised.