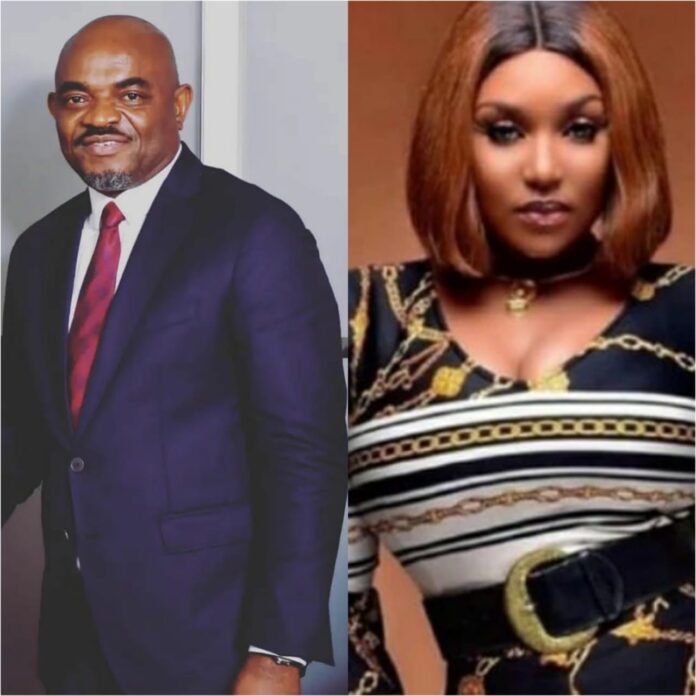 President of the Actors Guild of Nigeria, Emeka Rollas has revealed that someone killed late Nollywood actress, Chinedu Bernard.

The AGN President said this while querying the circumstances that led to the death.

Njenje Media News recalls that the late actress had slumped and died while cleaning the Chapel of St. Leo the Great Catholic Church located inside the Federal Housing area in Enugu State.

Reacting to her death, the AGN president said an autopsy must be carried out to ascertain the cause of her death.

On his Instagram page, Rollas questioned how someone who slumped inside a church sustained bruises on the face.

He further called for questioning of friends of the actress, alleging that someone killed her and made it look as though she slumped.

His post read: “ Many questions yet to be answered concerning the death of Actress Chinedu Bernard. 1. How can someone who slumped inside a church sustain bruises on the face? 2. Who are Chinedu’s parishioner friends? 3. Who are Chinedu’s friends in Enugu where she is practising her craft? So it is either someone killed her or she took a suicidal substance and decided to die in the church.

“Autopsy must be conducted to ascertain the main cause of her death. “

The AGN President further admonished actors yet to register under the guild to do so, adding that it is gross irresponsibility not to be up to date with the guild.

“Let me use this medium to address Actors. No man is an island it is gross irresponsibility for any actor to be in an industry such as ours without being up to date with the Actors Guild of Nigeria,” he said.