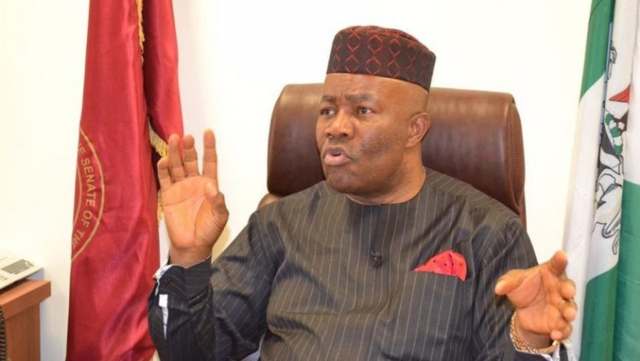 All Progressives Congress (APC) in Akwa Ibom has said the caretaker chairman of the party, Ita Udosen, and not Minister of Niger Delta Affairs, Senator Godswill Akpabio, is its recognized leader in the State.

This decision was contained in a communiqué in Abuja by stakeholders from the three senatorial districts after their second meeting in Uyo, the state capital.

The meeting said its decision was in line with Article 12.9 Sub (i) of the party’s constitution (October 2014 As Amended), which recognizes the chairman, who is also the chairman of the State Caucus as the party leader.

Akpabio had earlier been announced as leader of the party in the state by a group of stakeholders led by Group Captain Sam Ewang (rtd).

The stakeholders upheld the decision of the State Executive Committee (SEC) that nullified the unilateral proclamation and announcement of Akpabio as the state party leader.

Commending President Muhammadu Buhari’s unrelenting efforts at tackling corruption, economic, and security challenges, they also passed a vote of confidence on him for providing focused and purposeful leadership.

Chairman, Caretaker Extra-Ordinary Convention Planning Committee (CECPC) of the party, Governor Mai Mala Buni, and his Secretary, Sen. John James Akpanudoedehe were applauded for the purposeful direction given to the party.

The stakeholders also registered renewed confidence in the state party leadership and urged them to keep it up.

Fulani Herdsmen On Rampage In the South West ; Understanding Tinubu’s...