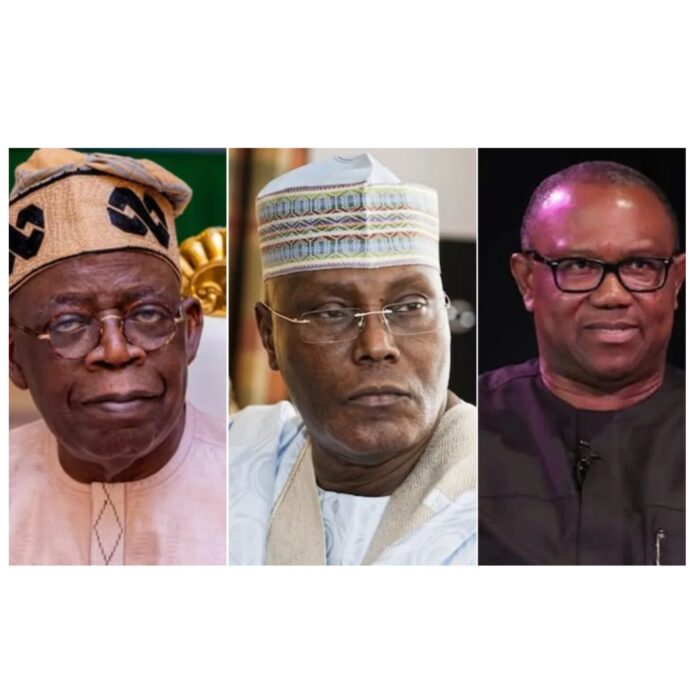 To the Nigerian populace, the word “Restructuring” signifies “change”. It generally means resource control by the indigenous Owners, and more power to the States, thus, a level of autonomy somewhat comparable to what obtained when Nigeria was a Federation in name and in fact. Tinubu, the presidential candidate of APC is visibly ailing, and his second Shettima, has already clearly said that Restructuring is ruled out should he come to power.

Then there is PDP. Strangely, after Buhari a Fulani, PDP has put up another Fulani – Atiku. Atiku is reported to reside in Dubai but he shows up in Nigeria during electioneering. Like other presidential hopefuls, he promises change via Restructuring. Atiku had also promised Restructuring during his 2019presidential bid. Four years have passed since then, yet Atikuhas not shown Nigerians what he has done in those intervening years towards realization of the Restructuring he again covenants to bring about.

Now to the Labour Party, the one with the most popularpresidential candidate in the South and Middle Belt, Peter Obi. Obi’s supporters rightly want total change from what Nigeria is,so they have rejected the familiar status quo-keeping political parties of PDP and APC. Obi revealed 19 key points his administration would achieve if he was to be declared winner, and together, they would come under what the public could see as Restructuring.

RELATED POSTS:  Yemi Osinbajo and why we are where we are

Realistically, are we to believe that Atiku, Tinubi and Obi do not know the meaning of a Constitution, nor that of Sovereignty? Itis the outstanding Union Dispute or “national question” that all the forms of Restructuring proposed by presidential candidates do not address, but ignore. Showing a general unwillingness to face the truths about the Nigeria Union, and a general willingness to disregard the remedy that is available, and on the Table. Under the 1999 Constitution being operated, none would have any mandate from the indigenous Ethnic Nations because that so-called Constitution is a fraud, a known forgery. Therefore it is RECONSTRUCTION, ie how they would getinvolved in building a Nigeria anew that these presidential candidates should be explaining to the people. Even ethicsalone demand that the Nigeria defined by the fraudulent and illegitimate 1999 Constitution be rejected. The non-violentNINAS Movement, the alliance for Self-Determination, uses a simple explanation for Nigeria’s predicament. It is akin to the hired Managers of a company having managed to hijack the business, have then fraudulently changed its Memo and Articles. The Owners of the company must either find a way to restore the Memo and Articles, or dissolve the company altogether and retrieve their individual assets.

Since Sovereignty belongs to the indigenous Ethnic Nations, not to any politician or group of them. It is upon this TRUTH that future decisions would be based. Therefore, the political class should not keep on insulting the people’s intelligence. Thus, the right thing for Messrs Tinubu, Atiku, Obi et al to do is to throw away their various agendas for Nigeria since all their proposals deny the Sovereignty of indigenous peoples, and deny the Union Dispute, then instead face the constitutional grievances clearly set forth in the Notice of the Constitutional Force Majeure declared on 16th December 2020. (Link to it is in the Notes section below)

It cannot be denied: Restructuring proposals whilst the Union Dispute remains unresolved is continuation of fraud against Nigerians. It is RECONSTRUCTION of the damaged constitutional basis of Nigeria, where the debate over how much Self-Determination Ethnic Nations want, would be settled by Referendums. That is the honest and democratic way to go. Thus, all presidential candidates should support the demand thatElections 2023 under the fraudulent and Repudiated 1999 Constitution be suspended for Transitioning. That is, like South Africa did, having Transitional Government with a Sovereign Conference alongside (a form of CODESA) that would organizejoint multi-Regional Referendums for Self-Determination.Referendum is a tested mechanism to head off violence. It is not too late to do the right thing, and to do the right thing the right way.