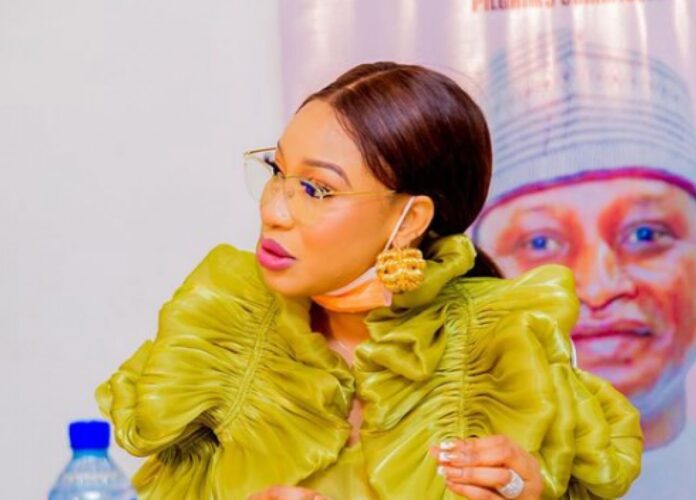 Nollywood actress, Tonto Dikeh, has said she would use all in her power to make sure, Actor, Olarenwaju James, more known as Baba Ijesha rots in jail for allegedly defiling a 14-year old girl, Njenje Media News reports.

Tonto Dikeh, in a post on her Instagram page, said the Yoruba actor must not be granted bail if found guilty of the offense.

Njenje Media News recalls that Baba Ijesha was recently arrested in Lagos for rape and defilement with the Lagos State Police Public Relations Officer, Olumuyiwa Adejobi, disclosing that the actor started sexually assaulting the teenager when she was seven years old.

Reports say the actor confessed to the crime after he was captured in a Closed Circuit Television (CCTV) camera in the house of the young lady.

The case has been transferred to the Gender Unit of the State CID, Panti, Yaba Lagos for further investigation.

“If the allegations are true, I hope he rots in jail and they do the same thing to him when his soap drops. If it is true, I will personally make sure he never sees the light of day.”

Dikeh also urged women to show solidarity over the matter, stressing that Baba Ijesha must not be released on bail.

“We will come together as women, stand up and use our voices to make awareness of what this man has done. Anyone with information on this, please contact me.

“This evil man must not be released nor granted bail. They may tweak the law to his favor as a celebrity, what we should all do is repost this and tag foreign and local authorities,” she said.

According to her, the actor must not be spared because of his celebrity status.

Awkuzu Incident: The Pictures Circulating Are Not From Anambra State

Amaechi Gives Reason Why The University Of Transport Is being Built...

Southern Nigeria Will Boycott 2023 Polls If APC/PDP Fail To Zone...