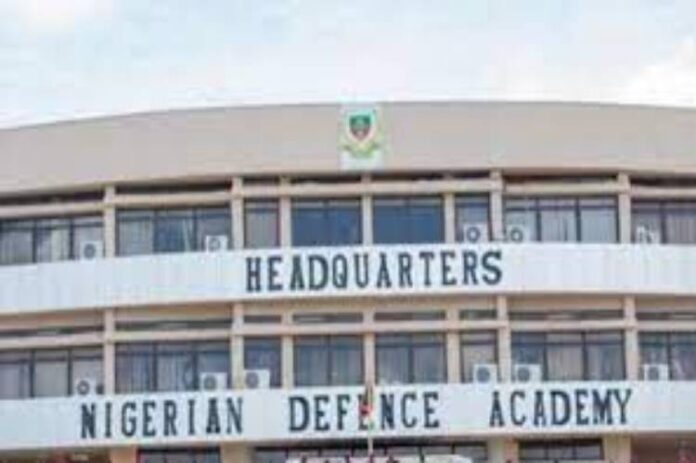 The bandits who stormed the site in the early hours today killed two officers and one.

The bandits who came in a vehicle were said to have passed through the security gate into the academy, disguised in military uniforms, after which they proceeded to the officers’ quarters.

The sound of the gunfire, however, alerted the troops of the NDA Quick Response Team, who arrived at the scene, but were unable to rescue the kidnapped officer as the bandits were already gone with the victim.

The casualties include one Officer; Major Datong who was kidnapped while Lt Cdr Wulah and Flt Lt CM Okoronkwo were shot dead.

Security sources said that troops are in pursuit of the bandits who escaped with the kidnapped victim.

Every young vibrant Nigerian has been harassed by SARS