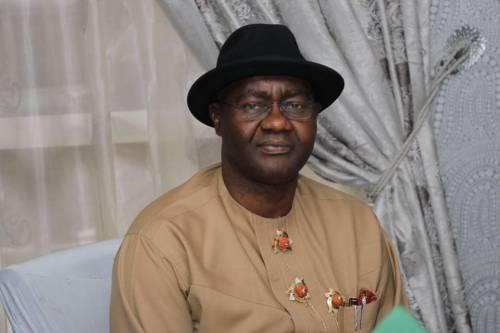 Abe, addressing party representatives across all 23 local government areas of the state advised, “Tomorrow Saturday, don’t bother coming out. Don’t take the laws into hands. Since you were not given forms and allowed to take part, leave it.

“Don’t go and fight them, don’t go and worry yourself. There will be a committee and usual they will tell you this doesn’t make any sense, whatever they say is what will happen. We will follow the party process and formally complain to the National about what has happened. “

On perceived compromise of the process in Rivers, Abe accused Amina Gamawa, head of the team selling nomination forms in Rivers of being manipulated to jettison fairness and equity to share the forms to predetermined party leaders to the exclusion of others, especially his supporters.

He said, “If you’re on social media, you will see even the Minister (Rotimi Amaechi) supporters, arguing over who was given 10 forms and who was given 20. That she said everybody came individually to collect forms is simply not true. She gave them forms in bulk.

“Last night she sent me a hundred forms which somebody brought to me. I said no, go and return them. Everything she was saying are all lies. If she wanted to sell forms to Rivers people, she could have sold the forms, but she was acting on instructions.

However, Dabawa who is also Assistant Director of Political Affairs of the APC said the narrative that her team had excluded some persons in the sale of forms for the Congress was untrue and misleading.

She said, “We adhered to stipulated guidelines and rules because we want fairness. Before we came to Rivers, Magnus came to my house in Abuja, asking that his people be involved in the exercise and I promised him I will do just that.”

According to her, she tried to fulfill her promise to Abe but that his people didn’t show up a day before closure of the sales and that those denied issuance of forms from his camp failed to meet the stipulated guidelines and rules and became unruly when she refused to clear them as a result.

“I even bent the rules to issue about 270 forms to people with Supreme Court judgement 2018/2019 tellers without even stipulated identification. Sales of forms was going to close so we now said they must return the forms with the needed requirements”

She said the rules stipulated that these categories of people who paid for forms long time ago must come with identification which should be either Voters Card, NIN slip or Drivers Licence and further rule that they must tender original and not photocopy of tellers.

“But they never met the guideline and they were very unruly and started fighting. We felt threatened and afraid. So we locked the room. I called Sen Abe, Ake and Hon Friday, appealing that they come and calm the people down”, she added.

Chief Ogbonna Nwuke, Spokesman, Rivers APC, said, “It is quite clear that each time the APC plans to deepen its internal democracy through processes that would enable members test their popularity, certain paper tigers in our midst who lack active grassroot support connive with their friends in the other party to file frivolous cases.”