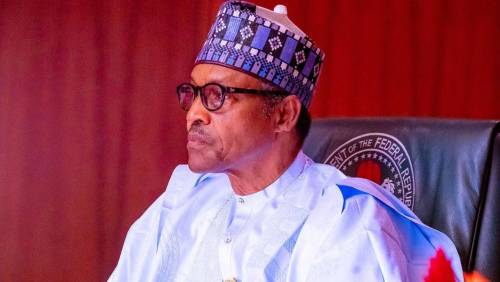 INSECURITY IN THE SOUTH EAST—–Buhari is Blaming the Victim.

The attention of Ohanaeze Ndigbo Worldwide led by Ambassador Professor George Obiozor has been drawn to the statement that made various headlines where “President Muhammadu Buhari Flays Killings in the South East”. According to Mallam Garba Shehu, the Special Assistant to the President on Media, “President Muhammadu Buhari condemned in strong terms the recent attacks against non-indigenes and law enforcement officials by terrorists in the South East, calling on the “community and religious leaders to speak more forcefully against the killings and to stand up and defend the ethos of the nation’s cultural and religious heritage”. This Day August 7, 2022 reports that “President Buhari’s reaction came amid reports of the slaying of six Nigerien citizens and the brutal killing of a number of policemen at their duty posts”.

Ohanaeze Ndigbo Worldwide joins the Presidency and indeed the good people of Nigeria in condemning this dastardly act that occurred at Imo State, South East of Nigeria.  Ohanaeze has repeatedly explained that amongst the Igbo, human life is very sacred. The sanctity of life is so elevated that killing of a human being in whatever circumstance is considered an abomination. In fact it is not in the character of the Igbo to kill in whatever disguise. These recent developments are indeed very much alien to the reflexes, culture and norms of the South East.
And we have often called on the Nigerian security operatives to ensure that the perpetrators of such acts are brought to book as a deterrent to others. Surely, the failure of the Nigerian security agents to fish out the criminals cannot be blamed on the Igbo.
Ohaneaeze Ndigbo however frowns at the statement by the Presidency which is nuanced against the South East as a haven for terrorists that attack non indigenes and law enforcement officials; implying that the insecurity persists because the leaders have not forcefully spoken.This is very unfair to the Igbo, especially when the presidency knows the root cause and the nature of the insecurity in the South East.

It needs be added that the solution to the insecurity in the South East lies in the enormous powers of the presidency.
The above remarks by the presidency appear to have ignored the prolonged open war with the Boko Haram in the North East; the Banditry in the North West, especially in Katsina State; the Fulani Herdsmen invasion of several communities in the Middle Belt region; the Church massacre at Owo; the daily kidnappings on our highways; the Kaduna-Abuja train abduction, etc,.  A few instances highlights the current state of insecurity in Nigeria:
Two months ago, suspected armed herdsman in the early hours of Sunday, June 21, allegedly killed about thirty persons in two communities of Okpokwu Local Government Area of Benue State in what has been described as unprovoked attacks on civilians. Channels Television informed that the Police Public Relations Officer for the Benue State Command, Deputy Superintendent of Police, Sewuese Anene, confirmed the attack to journalist in a brief statement. And several others I Benue State….

On Monday July 22, 2022, gunmen attacked some officials of the 7 Guards Battalion of the Nigerian Army Presidential Guards Brigade. The incident, which took place around the Bwari Area Council of Abuja, left three soldiers wounded and eight personnel killed. According to the report, “two of the slain personnel were officers, including a captain and a lieutenant, while the remaining were other ranks”.
On Friday, August 5, 2022, Advocacy News reports that “Gunmen have abducted 14 Indian nationals working with a ceramics company in Ajaokuta Local Government Area of Kogi state. According to the report, “two Indians, two police officers and two drivers were killed when the gunmen struck”. It added that “they were on their way home from work (West African Ceramics) when the gunmen attacked their Coaster bus”.

A Wisconsin-based Armed Conflict Location & Event Data Project (ACLED), one of the world’s most reliable conflict data aggregators, stated that “there were 18 abduction events targeting students across northern Nigeria between January 2018 and April 2021. The ACLED data also shows that the bandits killed more than 2,600 civilians in 2021, an increase of over 250% from 2020. This number dwarfs that of civilian deaths credited to Boko Haram and the Islamic State West Africa Province in the same year”.

It added that in the “period between December 2020 and August 2021, more than 1,000 students and school staff were abducted. Within six months, as many as 343 people were killed, while 830 others were abducted by bandits between July and September 2021 in Kaduna state alone, according to figures from the state government”. As at now, all schools in the Federal Capital Territory have been closed down on account of insecurity and no person contemplates a reopening.

Paradoxically, when the district head of Daura, the hometown of Mr President, was kidnapped and was freed after two months, Mallam Garba Shehu was quoted as saying that the “incident was evidence that Duara was not receiving preferential treatment and that insecurity was a national problem.
In other words, when insecurity manifests in the North West, it is a national problem; but when on the other hand, it occurs in the South East, it is blamed on the inability of the “community and religious leaders to speak more forcefully against the killings and to stand up and defend the ethos of the nation’s cultural and religious heritage”.

I can state without any fear of contradiction that the Igbo possess the greatest wanderlust as well as the most hospitable dispositions amongst the various ethnics in the world. The non-indigenes in the South East enjoy untrammeled friendliness, inter-ethnic assimilation and conducive business environment; what happened to the non-indigenes in the South East is most regrettable as part of the current national calamity.

One would think that the inevitable consequences of the orchestrated mendacious propaganda, dubiety, subterfuge, sabotage and serial alienation against the South East of Nigeria are already staring us in the face.

According to the Governor of Sokoto State, Alhaji Aminu Waziri Tambuwal: “the marginalisation of the South-East geopolitical zone by the Federal Government of Nigeria under President Muhammadu Buhari is crazy and unprecedented”. Tambuwal adds: “I feel sad and disturbed each time I see the Igbo crying of marginalization. The Federal Government of Nigeria has been unfair to the Igbo. In all socio-economic activities is like the Igbo are not part of the nation”. Tambuwal wondered how Buhari could hope to achieve good governance and prosperity in Nigeria by sidelining the Igbo resilience, creativity, ingenuity and capacity to stimulate, promote and incentivize the abundant but dormant human resources in Nigeria. How do we fight insecurity by appointment of service chiefs based on ethnocentric and religious considerations as against the best global practices of military competence?  Put differently, how can the South East be excluded among the over 16 service chiefs in the Nigerian armed and paramilitary forces and expect insecurity not to fester?  And how; and how; and how…..?

And when the chickens have come home to roost, we resort to blaming the victim. The famous psychologist, William Ryan, espoused that blaming the victim is an atrocious ideology that tries to justify social injustice against a group. The oppressor deliberately creates an unjust chaotic environment for the oppressed; and blames the victims for the inevitable crises that flows therefrom.
In conclusion, it is very uncharitable, if not mischievous, to poison undiscerning minds by insinuating that non indigenes and security officials are killed by the terrorists in the South East.  On the other hand, to appropriate national problem to the South East of Nigeria is an ethnic prejudice taken too far. Invariably, banditry in the North Central persists because their leaders have not forcefully spoken or rather they are publicly celebrated and turbaned or still, offered the Sheik Gumi option.

Both history and current events in the country must have shown that unjust policy against the just shall ultimately vindicate the just.