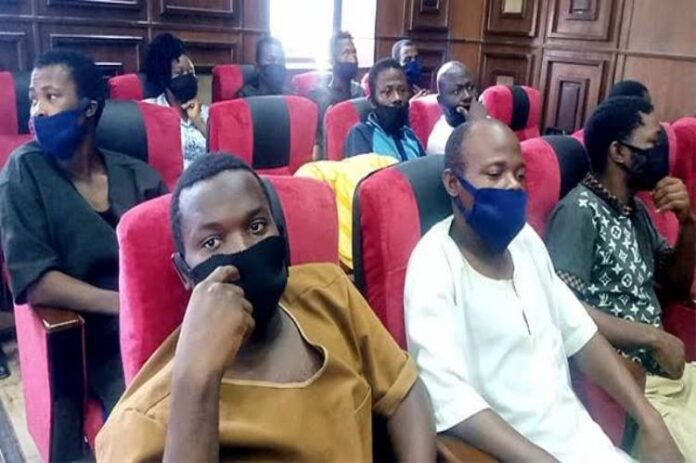 The Department of State Security Service (DSS) has filed an application before the federal high court , Abuja urging the court to cancel the bail application granted to four out of the twelve aides of Sunday Igboho on 4th August, Njenje Media News reports.

In the motion on notice, the DSS also prayed the court to remand 4 out of the 12 respondents in there custody pending their arraignment, or in the alternative the court should vary upward the conditions of bail granted to the 4 applicants

The DSS in their application accused the applicants of intensifying means to flee to Benin Republic, the moment they are released from their custody.