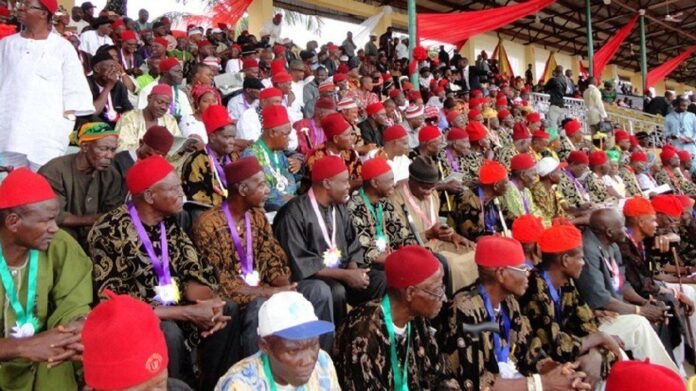 With goodwill towards all and ill will towards none, Anya-Ndi-Igbo calls on all the sons and daughters of Alaigbo to think about creative and constructive ways of reversing the prevailing security, economic and political challenges in Alaigbo as a solemn duty. It is not time for ambivalence or complicit silence. We will succeed once we resolve to rise to the challenges before us. This current generation must also rise up and face the current challenges and effectively defeat them and triumph or fail and go down in infamy as a generation that lost its ancestral heritage. God forbid!