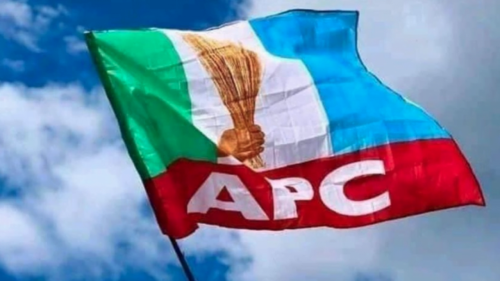 The ruling All Progressives Congress’ National Working Committee has said it was not part of the endorsement of Senate President, Ahmad Lawan, as the consensus presidential candidate of the party, NjenjeMediaNews reports.

The NWC in an interview said the National Chairman of the party, Abdullahi Adamu, who made the announcement spoke for himself, while they (the committee) stood with the position of the Northern governors and the President that the presidency should go to the southern region in 2023.

“We are fully briefed by our chairman and he told us the Senate President, Ahmad Lawan, is the consensus candidate of the party but it is not an issue that has been discussed on the floor of the NWC.

“The chairman and all of us are entitled to our opinion. This decision was never taken by the NWC,” Sulaiman Muhammad Argungu, National Organising Secretary of the APC, told journalists on Monday

No fewer than 13 Northern Governors of the ruling All Progressives Congress after their meeting on Monday also confirmed that Buhari had no preferred candidate in the party primary election that started in Abuja.

The governors had revealed this shortly after meeting with Buhari at the State House in Abuja.

Plateau State Governor, Simon Lalong, who spoke to newsmen after the meeting, added that the northern governors had agreed that power should shift to the South.

They had also met with the National Working Committee of the party.

The President’s meeting with the APC governors from the North is the fourth parley in his effort to have a harmonised position before the convention.

Despite Buhari’s denial, SaharaReporters learnt that he indeed confided in the APC National Chairman, Adamu, that Lawan was his choice but never instructed him to make it public.

“Buhari will deny that he anointed Senate President, Lawan as consensus candidate. Although Buhari confided in Adamu, that he prefers Lawan, he didn’t tell him to announce it.

“Governors had pigeonholed Buhari by asking the presidency to go south and El- Rufai got wind of it and leaked their position to the press to pressurize Buhari not to endorse Lawan,” a source had revealed to SaharaReporters.

Earlier, the National Chairman of the APC announced Lawan as the consensus presidential candidate of the party.

Adamu made the announcement at the meeting of the National Working Committee (NWC) on Monday in Abuja.

His adoption of Lawan as the consensus candidate is against the position of APC northern governors, who had said that power must shift to the South after President Buhari’s tenure.

Adamu told the National Working Committee that he arrived at the choice of the Senate President after consultation with Buhari.