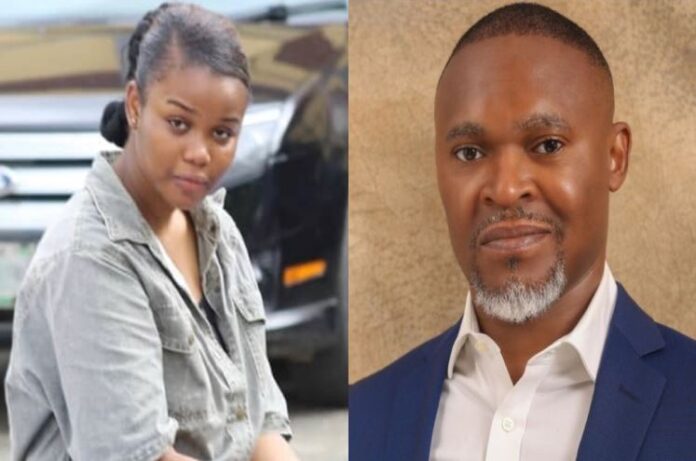 According to TVC News, the magistrate, Adeola Adedayo gave the order following a remand application by the police prosecutor.

Njenje Media News recalls that the police arrested the 300-level student of the University of Lagos on June 23 for killing Mr Usifo.

Ms Ojukwu, who was dating the deceased at the time, told police on June 24 that she stabbed him several times, stole from him, and left him in the AirBnB apartment where they were lodged.

However, on July 13, Chidinma recanted in an interview with Crime Fighter TV, a police-sponsored program, claiming that she walked into the room from an errand to find Mr Ataga stabbed, blood everywhere, and the apartment in disarray.

The police prosecutor, Cyril Ejiofor, made the remand application on Monday in accordance with Section 264 subsections 1 and 2 of the Lagos State Criminal Law.

Ms Ojukwu appeared before the magistrate with a co-defendant, Quadri Adedapo.

Mr.  Ejiofor informed the court that the application was supported by a 12-page affidavit, statements from the defendants, and exhibits demonstrating that the file had been duplicated and sent to the DPP for legal advice.

Representing the first defendant, Babajide Martins, Director of the Office of Public Defender said the remand application is “inevitable.”

Mr. Martins who was not opposed to the application enjoined the prosecution team to make necessary documents available to the defence before being brought before the court.

In her ruling, the magistrate granted the remand of the defendants for 30 days.

“In the absence of anything to the contrary, the two defendants are remanded for 30 days in the first instance,”  Mrs Adedayo said.

She adjourned the matter to September 5 for the review of remand and legal advice from the Directorate of Public Prosecution.

New Retirement Age For Teachers Has Taken Effect As At January...