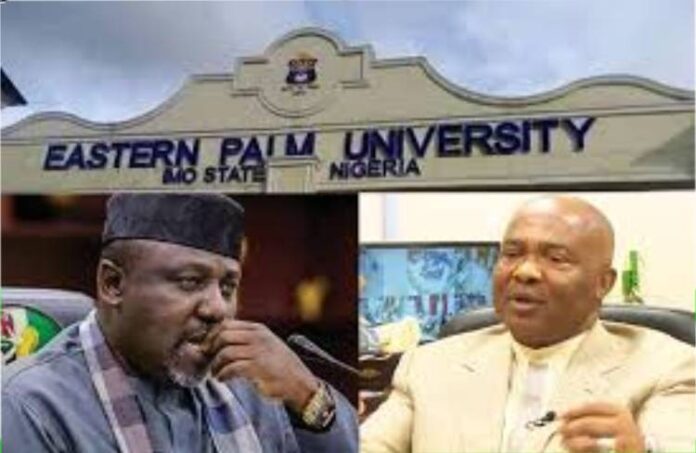 A State high court sitting in Owerri the Imo State capital has ordered final forfeiture of all properties of Former Governor Rochas Okorocha gazetted in Imo State white Paper on recovery of lands and properties belonging to the state, Njenje Media News reports.

Justice Fred Njamanze in his ruling maintained that Senator Rochas Okorocha failed to give concrete and verifiable reasons why a final and absolute forfeiture order should not be given in favour of the state government, TVC News reported.

The Judge noted that there is no reason before it why the forfeiture should not be made absolute and final.

To this end every property on pages 226 to 272 of the white paper has been forfeited to the Imo state Government and they can do with it whatever they deem fit.

As for those who had made purchase on such properties the court said they are at liberty to approach the court to prove their titles, however the properties as at today have been returned to the Imo state Government.

Justice Fred Nkemanze had on the 26th of February 2021 given an interim order of forfeiture urging Senator Okorocha  to approach the court to show case as to why a final and absolute order of forfeiture should not be given over the properties  following an application brought to it by Mr  Louis Alozie, Senior Advocate of Nigeria, on behalf of the state government.

The properties to be forfeited include:
“Eastern Palm University, Ogboko;

IBC staff quarters said to have been illegally acquired for the purpose of Rochas Foundation College among others.