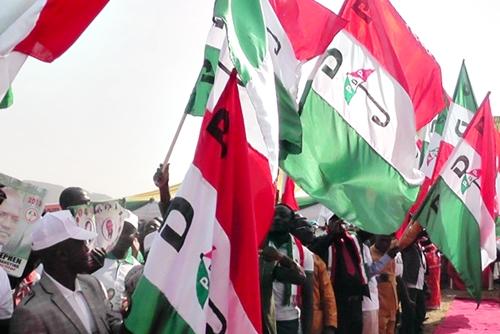 Some of the delegates who spoke to DAILY NIGERIAN said they received $10,000 and $15,000 each from the coordinators Messrs Abubakar and Wike respectively.

“At first Atiku and Wike gave us 10,000 and 15,000 dollars each, but when Atiku learnt about what Wike offered, he has now started reaching out to us to level up the tally,” said one of the delegates from Kano.

He added that the governor of Bauchi State, Bala Mohammed, who is also contesting, has given them $5,000 each.

“Some aspirants, like Bala Mohammed, are not sharing the money across the board, they share it sparingly. Only Atiku and Wike are sharing to all delegates.
“The vote canvassers are all around, and the process appears like an auction. I believe we could get from 40 to 60,000 dollars each before the end of the exercise,” he said.

A number of delegates from Edo and Jigawa States who spoke on the condition of anonymity corroborated the position of their Kano counterparts, saying some of them have already collected up to $40,000

A coordinator of one of the leading candidates said some of the delegates were brought to the nation’s capital in charter flight, fed and lodged in hotels at the expense of the presidential aspirants.

“You have to hide your delegates, otherwise they will be up for grab. Some aspirants make mouthwatering offers and ask them to take oath of commitment,” he said.
DAILY NIGERIAN reports that 810 delegates to the convention will elect the presidential candidate of the PDP on Saturday.