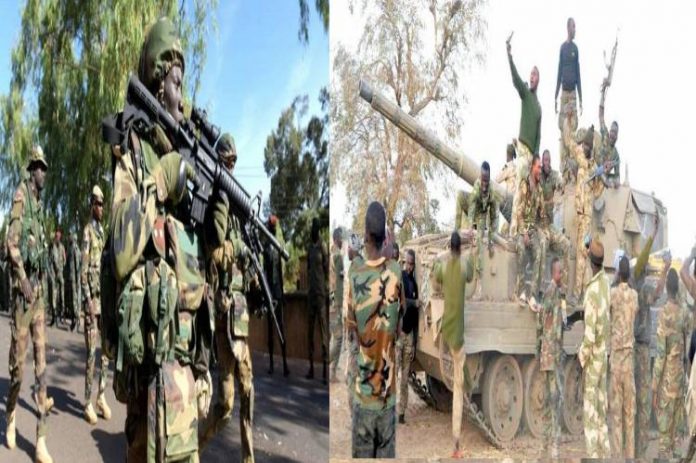 Deadly terrorist sect, Boko Haram insurgents have pulled out of the control of Dikwa town after holding it control for hours, Njenje Media News reports.

Reports say the insurgents left the town before the arrival of troops around 11:15am.

According to them, the insurgents came in over 20 gun trucks mounted with anti-aircraft guns to overpower troops on Monday night.

They razed some public buildings to include the primary healthcare centre, local government secretariat, part of Shehu of Dikwa’s palace and the UN hub.

The military are now in control of the town.

RELATED POSTS:  Biafran Struggle And The Limits Of Sit-At-Home