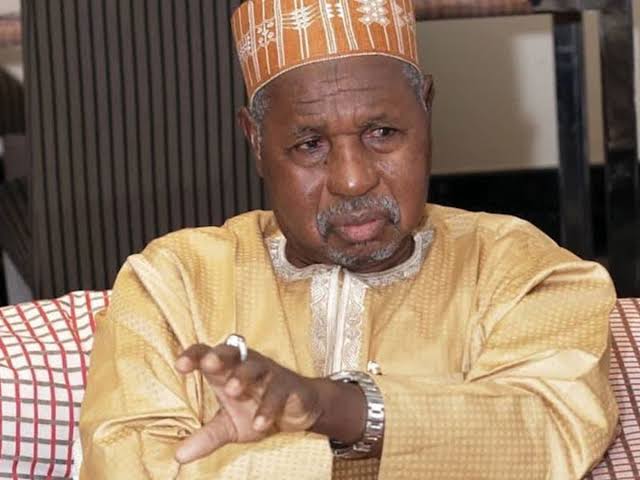 The Governor of Katsina State, Aminu Bello Masari, has called on the Nigeria Armed forces to take tough action against the activities of bandits in the North-West states, Njenje Media News reports.

He made this known when the service chiefs visited him as part of their tour of North-West States ravaged by banditry attacks and further congratulated them on their recent appointments, and their decision to visit the troops on the frontlines.

Masari called for tougher action against the bandits and criminals in the state further posited that there should be a single operation command to ensure that military operations are going on simultaneously across the boundaries of the North-West states.

’’When the operations are going on simultaneously, bandits will not have the opportunity to criss-cross the areas or escape to areas that are quiet to them’’

He said; ’’on your appeal that we should not relent in our support, we will not relent, we will continue to support you, but you should note that when the citizens see your commitment and seriousness and an improvement in their lives, their support will increase’’

The delegation led by the Chief of Defense Staff, Lt General lucky Iraboh, notified the governor that the team was on a tour of the zone to carry out President Buhari’s fresh marching orders against banditry and other forms of insecurity in various parts of the country

He explained: ’’Following President Buhari’s marching order to ensure the return of substantive peace and security in every part of the country, we are partnering with critical stakeholders and Governors particularly like katsina state’’

‘’We identify you as very critical in driving home the Presidential mandate, since you have a closer link with opinion molders and traditional rulers’’

‘’We recognize that quite a lot has to be done ‘’

General Iraboh further pleaded with the Governor to support the military especially in the area of logistics and urged him to rally katsina citizens to support them by volunteering critical information.

Harvard Law Professor Says Impeaching Trump For His Tantrums Would Be...