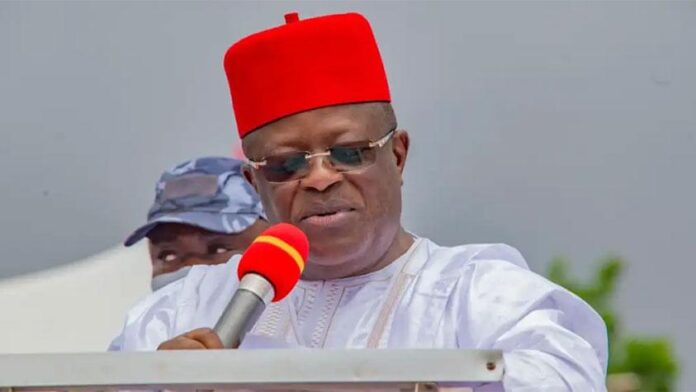 The gubernatorial candidate of the New Nigeria People’s Party, NNPP, in Ebonyi State, Prophet Chris Adol-Awam, has called on Governor David Umahi to prevail on Ebubeagu operatives to stop all attacks on opposition parties to avert the eruption of communal clashes, ahead of the forthcoming general election in the state.

Adol-Awam, also the General Overseer of The Eternal Light Christian World Church, made this known while reacting to the attack on the convoy of the governorship candidate of the All Progressives Grand Alliance, APGA, Prof Benard Odoh, by suspected Ebubeagu operatives in Iboko community, Izzi Local Government Area of the state.

He condemned in totality the attack on Odoh, stressing that it is capable of triggering communal clashes between Izzi and Ezza clans.

Adol-Awam called on Umahi to prevail on Ebubeagu security operatives to stop further attacks on the opposition parties to avert putting the lives and properties of innocent Ebonyians in danger and in crisis, especially now that campaigns had kick-started.

He urged Umahi to proscribe Ebubeagu or retrain its operatives ahead of the election.

According to him: “It’s not a good development for the state, that a guber candidate of APGA, Prof. Benard Odoh will be attacked on his way to meet with his supporters in Izzi LGA.

“I spoke with him (Odoh) myself, and he told me what happened. It is an ugly incident and a rape of democracy/constitutional powers, those who are sponsoring this, will not continue to be in power, somebody have been there before you came to power.

“All of us who are contesting for governorship are one people, and we are Christians and believed in one God. I can’t easily figure out what the problem with our people. If you are occupying a position as a governor, you can’t continue to be there, somebody has been there before you, and one day you will leave the seat for another. If the person who have been there before you had killed you, would you have been alive to rule Ebonyi as a governor?

“I’m worried that everyday, you hear a negative story about Ebonyi. We are not canvassing on how to kidnap or kill our people, but for them to be peaceful and live as one people. We depend on God, and God Almighty will protect us, and No one will kill me.