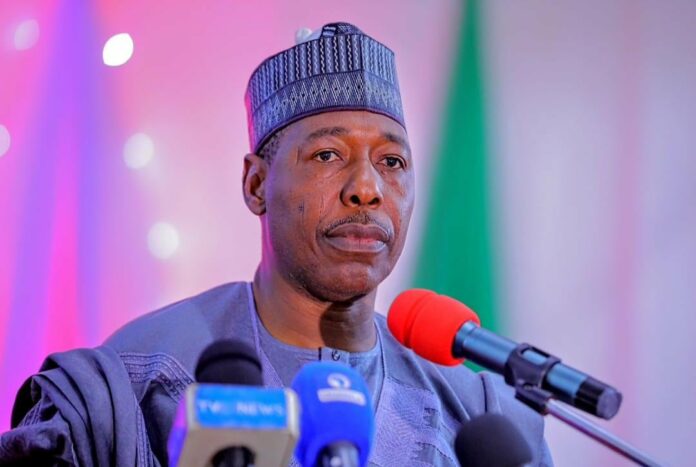 Zulum spoke at the inauguration of the All Progressives Congress (APC) State Campaign Council for the 2023 elections.

The PDP had accused the APC of sponsoring thugs to disrupt its movement during the rally in Maiduguri, the capital.

Zulum reminded the council of his ban on political thuggery and warned APC members and supporters against engaging in such.

The governor described the November 9 attack as “disturbing and worrisome political developments”.

Noting that it was neither deliberate nor pre-planned, he said the incident was a spontaneous outburst by a coterie of miscreants across all parties.

Zulum said the despicable and unwarranted attack strikes at the very essence of democracy, which thrives amidst the plurality of political platforms.

“It has been posited time and again that any move against an opposition political party tends to raise the popularity of the opposition in the eyes of the electorate.

“I have absolute confidence in the ability of security agencies investigating the matter to do justice to both the victims and the culprits,” he added.