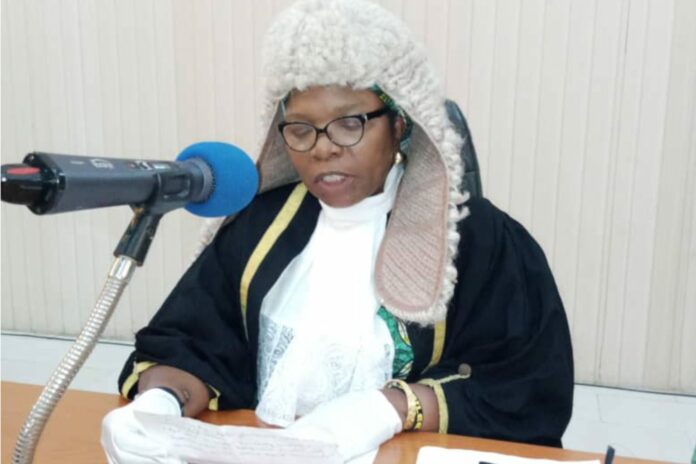 The Speaker of the Ekiti State House of Assembly, Olubunmi Adelugba, has congratulated Governor Biodun Oyebanji on his victory at the Supreme Court which affirmed his candidacy for the All Progressives Congress (APC) governorship primary held on January 27, Njenje Media News reports.

Adelugba said the final judicial stamp of the Supreme Court validating Oyebanji’s victory at the APC primary was a welcome development that would help the Governor concentrate on the serious business of governance to the benefit of the people of Ekiti State.

The Speaker in a statement on Tuesday by his Special Adviser on Media, Odunayo Ogunmola, described the Supreme Court verdict as a big plus to the ruling party in the state and a celebration of the best form of internal democracy.

He said the apex court’s verdict was a confirmation that the January 27 primary which produced Governor Oyebanji as APC flag bearer for the June 18 governorship election was credible, transparent, free, fair and a model to other political parties for the conduct of their primaries.

Describing Oyebanji’s triumph at the Supreme Court as a victory for democracy, justice and the rule of law, the Speaker noted that the Judiciary has helped to uphold the truth and safeguard the mandate given to the Governor by over 100,000 party members who voted at the primary.

Adelugba emphasized that the validation of the Governor’s candidacy was incontestable proof that the APC is the most democratic party in Nigeria and the best in promoting internal democracy with the direct mode of primary which was adopted in Ekiti passing the highest judicial scrutiny.

She hailed the justices of the Supreme Court for dispensing justice without fear or favour and upholding the truth noting that the latest landmark verdict has helped to enrich the nation’s jurisprudence.

“The nation’s highest court has spoken at last on the Ekiti APC governorship primary election and their Lordships have confirmed that the January 27, 2022 primary was valid and legitimate. This is a big plus to our party and a celebration of internal democracy.

The Speaker urged all party members to close ranks and unite behind Governor Oyebanji to translate the six pillars agenda of his administration into reality for the benefit of the people of the state.

A contestant in the APC governorship primary, Engr. Kayode Ojo, having been dissatisfied with the declaration of Oyebanji as the winner had taken his case to the Supreme Court after losing at the Federal High Court, Ado Ekiti and the Court of Appeal, Ado Ekiti.