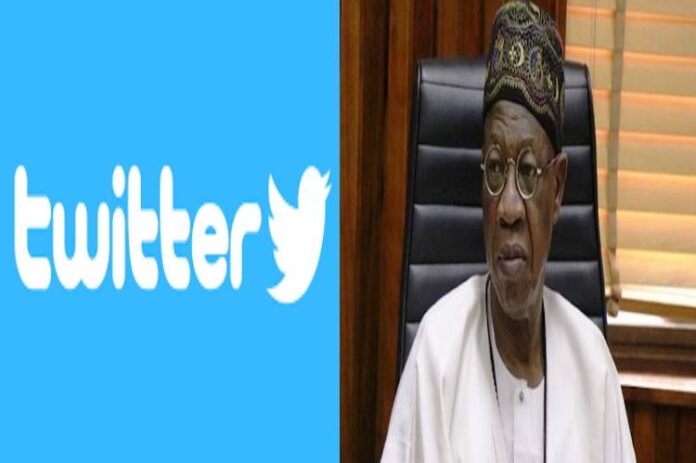 The Nigerian Government has said the ban on the operations of micro blogging platform, Twitter, will be lifted “in a matter of days”, Njenje Media News reports.

Providing updates on the government’s negotiation with the micro-blogging site, the Minister gave more details of the conditions given to the platform, saying most of them have been accepted.

He said the areas still pending such as Twitter setting up an office and having a Twitter staff of management cadre that will serve as the country representative, were being discussed.

Mohammed revealed in the area of a Nigerian office, even though Twitter has agreed to the condition, it is however maintaining the earliest it can establish it is 2022.

The Minister expressed confidence everything will be hammered out with Twitter within a few days or weeks, noting the anxiety shown by Nigerians.

He said the Federal Government’s committee negotiating with Twitter will meet on the agreement soon to make recommendations.