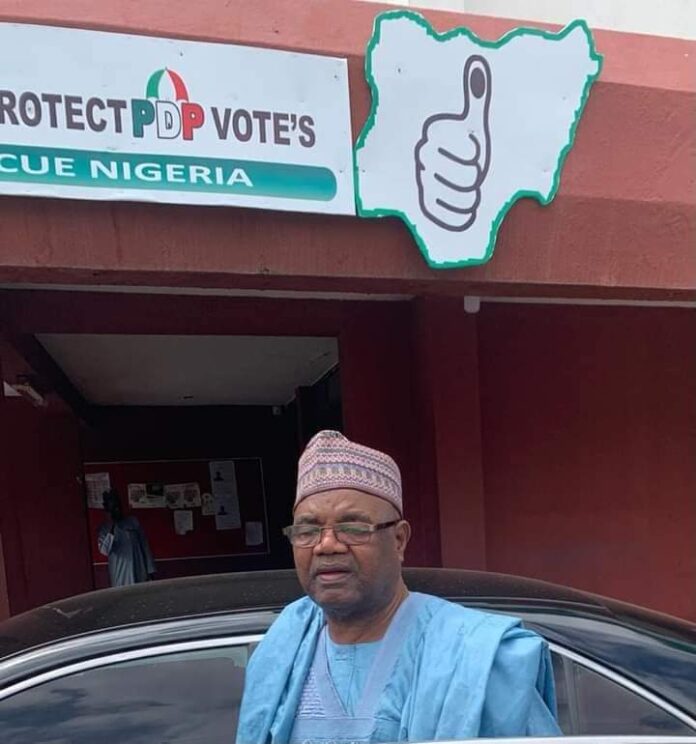 A former Senator for Yobe South Senatorial District, Adamu Garba Talba, has defected from the ruling All Progressives Congress (APC) to the opposition Peoples Democratic Party (PDP) in the state.

The former lawmaker formally declared his switch from the APC to the PDP, citing injustice experienced in the recent primary elections as one of the reasons for his defection.

“I have resolved to defect from the APC to the PDP due to the injustices we experienced in our former party, the APC, together with the people of my Yobe South district and my teeming followers throughout the state”, he declared.

Sen. Talba also claimed that a large number of individuals would soon leave the APC as a result of their defeat in the primary election.

The new PDP entrant maintained that before he decided to leave the APC, he made several attempts to fix the problem, including complaints to the national headquarters of the party, but yielded no result.

“We have to leave the party and rejoin my former political party (PDP) where we feel we would be accommodated and treated fairly, because those who are supporting my political ideology were misled and treated unfairly”, he added.

He tasked his followers in Yobe South and other adherents around the state to massively vote PDP in the forthcoming general elections in order to secure its victory at all levels.

Recall that, Senator Adamu Talba represented Yobe South Senatorial District during the 6th Assembly from 2007 to 2011 on the platform of the PDP.