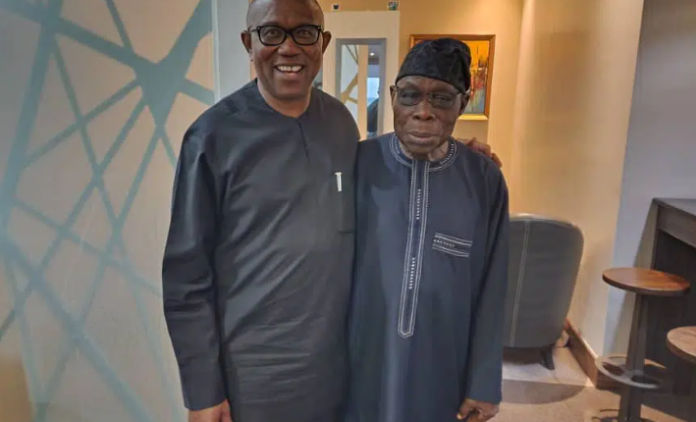 Presidential candidate of the Labour Party, LP has said there is nothing wrong with former President Olusegun Obasanjo selling his candidacy to Northern Nigeria.

Obi made the assertion while speaking on Arise TV’s Morning Show on Wednesday.

The Labour candidate said, “What is wrong in Obasanjo selling my candidacy. They (The North) are even selling my candidacy. Both the NNPP presidential candidate and the spokesperson, my senior brother Buba Galadima all said it. In PDP, the Niger Chief Servant and Senator Dino Melaye are all saying Peter is competent to deal with the economy.

“I am saying we have an economic problem. We don’t need somebody to be on top of me when I can solve the problem and that is what I’m offering. I’m contesting to be the president of Nigeria. I might be coming from a section of the country, but I want to solve the problem of Nigeria,” he said.

Obi assured that he wants to start a new Nigeria, where Nigerians can be proud and believe in their country.

Recall that the Chairman of the Dialogue Group, Mahdi Shehu had earlier criticized Obasanjo and the Chairman, Northern Elders Forum, Ango Abdullahi for promoting Obi in the North region of the country.

This was coming after a contemplated alliance moves between the Labour Party candidate and the presidential candidate of the New Nigeria People’s Party, NNPP, Rabiu Kwankwaso.

But contrary to expectations of the alliance, the chances and alliance move between the duo proved unfruitful as the candidates failed to reach a compromise on presidential and vice-presidential candidate status.

RELATED POSTS:  Buhari Knows The Constitution That Joined Nigeria Has Been Defeated, Reason His Cronies Are Attempting Constitutional Amendment Through The Back Door – Tony Nnadi

A chieftain of the Labour Party and Director-General of Peter Obi Campaign Organisation, Doyin Okupe, on Tuesday, declared that there would be no alliance between the duo.