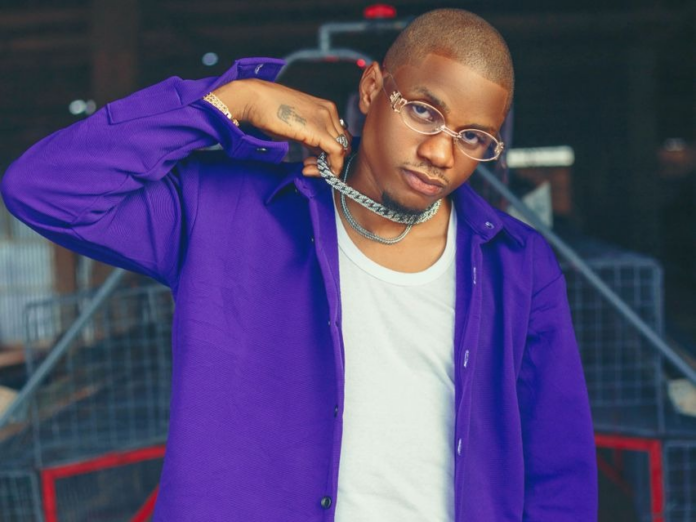 Dluxx’s journey into music started pretty young as a drummer in his school days with a brief career as a Singer for a boy band he formed with his friend. He was overly dedicated at the time that many agreed he had a great prospect in music, NjenjeMediaNews reports.

His desire however, to enter into the music scene was influenced by his childhood friends, who at the time lived in Ajegunle; a neighborhood regarded widely as tough and dangerous. He would escort them many miles on several occasions in order to witness their studio sessions, some other days, they would spend a better time of the day at Surulere Grammar school, writing rap rhymes, freestyling and meeting other talented Artiste.

Dluxx’s passion for music, and a desire to be a better artiste, influenced his decision in journeying to the East to further pursue a career in music. Officially, in 2020, July 7th, he released his first track DUTTY VIBE, which immediately caught a buzz on the internet. Dutty vibes currently has over a 100, 000 streams on all platforms. There after he released another single, OHEMA, Then an extended playlist titled Elevation: with two songs from the Ep BODY AND FALLING IN LOVE steadily gaining traction already. Most recently

Dluxx, whose real name is David iloka, A native of Enugu state, has described his sound as a “blend of Afropop, Afrofusion, Rnb and Afro”

In a bid to take his career to the Next level, Dluxx has entered a new management agreement with a management company, Accolades, with Nnabuife Caleb Aka k-legal as a front man for the company.

The future is definitely bright for fast rising star Dluxx.