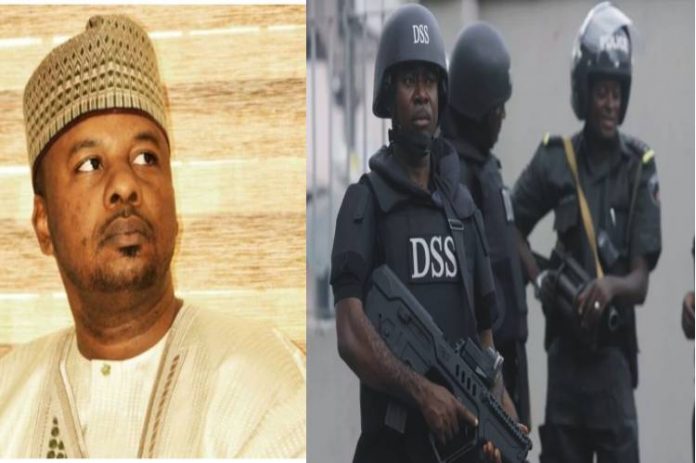 Mr Salihi Tanko-Yakassai, a media aide to Governor Abdullahi Ganduje of Kano state, has been arrested by operatives of the Department of State Service, hours after tweet thread on Buhari, Njenje Media News reports .

Yakasai, in a series of tweets on Friday while reacting to the abduction of about 317 female students of Government Girls Secondary School in Jangebe, Zamfara State,  questioned the disposition of the President to the security of the nation, with  apparent strife and kidnappings  and averred they had become too frequent.

The aide is of the opinion that the President and the ruling All Progressives Congress has failed the country and added that if it was under another President these abductions happened, there would have been more outrage in the North.

He wrote on Twitter: “Clearly, we as APC government, at all levels, have failed Nigerians in the number 1 duty we were elected to do which is to secure lives & properties. Not a single day goes by without some insecurity in this land. This is a shame! Deal with terrorists decisively or resign.”

“Each time another tragedy happens, we lament, condemn, create a hashtag, the govt pretends to do something, no concrete steps to prevent reoccurrence, and then we repeat the process. To what end? Where are those saddled with the responsibility?”

“Just last week, it was #freekagaraboys, today we have a new hashtag, #RescueJangebeGirls; who knows tomorrow what hashtag we will come up with? Perhaps one for ourselves when we get caught up in one of these daring attacks. This is sad & heartbreaking; I feel helpless & hopeless.”

An official of the state government while confirming the arrest on Saturday tweeted;

“Alhamdulillah we just confirmed @dawisu is at DSS office.”

Njenje Media News recalls that Yakasai, one of the sons of elder statesman, Tanko Yakasai, was suspended by Governor Ganduje last year for criticizing the President but was later reinstated.

Igbos Can Not Get The Presidency By Threats Or Victimhood —...