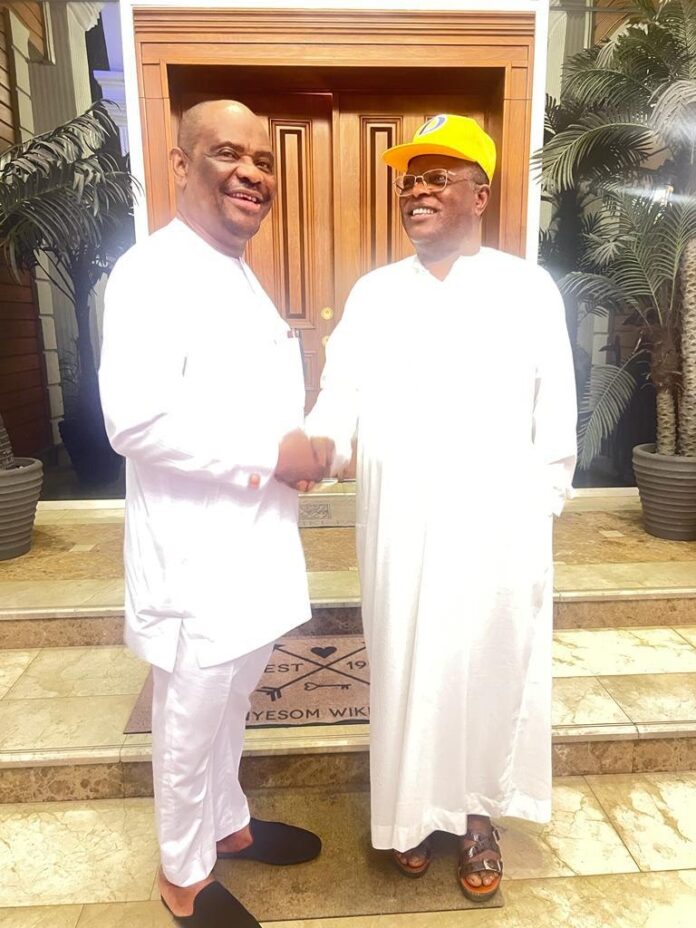 The Governor of Ebonyi State,His Excellency Engr Chief David Nweze Umahi FNSE FNATE (Akubaraoha) has always maintained that politics is ephemeral but governance that is all inclusive and devoid of divisive partisanship is the primary essence of leadershp.

This photo shows the reunion of two good friends who differed ideologically over the impunity in PDP. But now the party elections are over, the Governor of Ebonyi State and Chairman South East Governors Forum found it expedient to invoke the principle of Umahism in his relationship with the Governor of Rivers State, both being revered age long Port Harcourt friends.

One thing is unique about the two Governors. Both are bold, hardworking, ambassadors of their respective Parties, achievers and goal getters. There is one strong message delivered of their previous political impasse: PDP is a party of impunity but APC has a fair consideration of North/South Zoning arrangement. Governor Wike is eventually a victim of PDP’s impunity. Both Governor Umahi and Governor Wike were gallant contestants in the just concluded Presidential Elections.
Thanks again to their Excellencies for the example of sportsmanship in democratic elections.