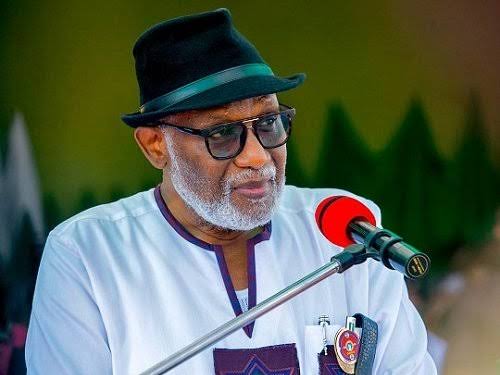 The Governor of Ondo State, Arakunrin Rotimi Akeredolu has given an order for all herders to vacate the forest reserves in Ondo state, Njenje Media News reports.

In a message on his Social Media page, Twitter on Monday, January 18, 2021, the Governor in a tweet thread said the decision was made as a result of the worsening security situation in Ondo State.

He further posited that ‘bad elements’ have made the forest reserves a hideout for keeping victims of kidnapping, negotiating for ransom and carrying out other criminal activities.”

Today we have taken major steps at addressing the root cause of kidnapping, in particular, and other nefarious activities detailed and documented in security reports, the press and debriefings from victims of kidnap cases in Ondo State.

These unfortunate incidents are traceable to the activities of some bad elements masquerading as herdsmen. These felons have turned our forest reserves into hideouts for keeping victims of kidnapping, negotiating for ransom and carrying out other criminal activities.

As the Chief Law and Security Officer of the State, it is my constitutional obligation to do everything lawful to protect the lives and property of all residents of the State. In light of the foregoing, the following orders are hereby issued:

In its usual magnanimity, our administration will give a grace period of seven days for those who wish to carry on with their cattle-rearing business to register with appropriate authorities.