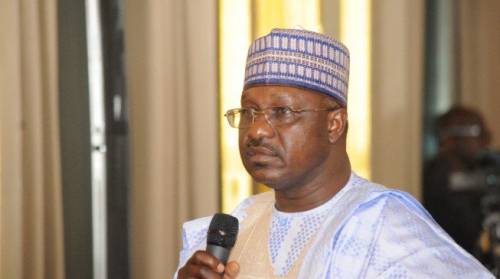 The Coalition of Northern Groups, CNG, has said that the coordinated incessant attacks on police formations in Imo, Ebonyi, Aba, Ibadan, Enugu, Anambra, and most recently the police headquarters in Kwara and Sunday’s cold-blooded assassination of Ahmed Gulak, a prominent northern leader, were part of a wider plan by the Igbo to replicate the ugly events of 1966.

The coalition said that was the more reason why it cannot be reasonably expected to live with the Igbo as a nation any longer.

CNG, in a statement signed by its Spokesperson, Abdul-Azeez Suleiman, faulted the zonal meetings of the Senate Constitution Review Committee, saying it “ is equally insensitive for Senate to come up with such dubious exercise at a time the whole of the northern region is literally abandoned at the mercy of a rampaging insurgency and sundry security issues designed to continuously weaken the region politically and pauperize it economically.’

While reiterating its rejection of the just concluded public hearing on Constitution review organized by the Senate, saying it came at the wrong time and with the wrong motive, CNG explained that it was just another exercise in futility with the sole motive of allegedly,, diverting the huge public funds allocated for it as with all previous attempts.

“We at the CNG are quite aware of the futility of addressing the fundamentals of our national existence through a medium created by a set of representatives that have acquired the reputation of being the worst in the history of our nation in terms of any capacity to generate confidence in achieving credible national goals.”

“Already piles of reports from previous such wasteful exercises since 1999 that claim different recommendations and conclusions on many sensitive issues now lie gathering dust in federal government offices and legislative chambers.”

CNG said the exercise was deliberately timed to divert attention from the more existential threat to national unity with the resurgence of the decades-old Igbo secession agenda that is today taking a ferocious dimension.

“We find it quite unreasonable for leaders to contemplate any form of constitution review that will involve an unwilling Igbo population that is violently agitating for secession by attacking people of other regions, killing security personnel at will, and destroying the nation’s public and security assets.”

“Reasonably, those who call themselves custodians of our laws ought to concentrate first on a process for the separation of the irritating Igbo secessionists from the rest of the country before contemplating a future Constitution,” CNG said.

The CNG said it is no longer in doubt that the “violent rascality by the IPOB, the ESN and other assortments of armed Igbo gangs is funded, fully supported and emboldened by every component of the Igbo society at home and in the Diaspora.”

“The CNG considers it an insult to our collective sensibilities and ordinary rules of decency to expect other parts of the country, particularly the North to continue to coexist as one country with the Igbo as federating partners.”