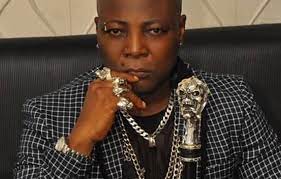 ‘Our Mumu don do’ convener and veteran musician and producer, Charles Chukwuemeka Oputa, more known as Charly Boy in an interview with Maazi Tochukwu Ezeoke of Njenje Media has enumerated the influence his father, eminent jurist and Chairman of the famous Oputa panel, Justice Chukwudifu Oputa has on his career, and disposition to life.
According to Charly Boy, the greatest influence in his life is his father as he tutored him on what justice and fairness represent, despite being a known rebel on the home front.

“My father said a lot of things that, he just brainwashed me with a lot of values, a lot of principles, how a man ought to be, he used to say things like a man without discipline is a dead man. He used to say things like listen oh (that is me and my siblings of course), anywhere you see injustice, you must fight it, you must fight it before it comes to chop your head off and everybody knows my father was a law man, believed in justice, equity and fairness and so we got a lot of brainwashing in that direction about what justice represents.”

The 71-year old entertainer while adding that he is proud of his pedigree and heritage said:

“As I said, I am proud of my heritage and where I am coming from, because I dey go street because I wander enter inside bush no mean say me and those kain people, say we are the same oh, please let’s get it clear because there is a difference from his and was, you understand. So I think my father in terms of where I am today, because like I said in the beginning, I rebelled against all the status quo, beginning from my house and it was my father who set me on this part, without even realizing what he was doing and I don’t see any major difference between me and my dad. He did his own on the bench and I am doing my own on the street. “

Charly Boy further explained the secret of his youthful look when he said:

“I think 50 percent of it is the stock I came from, good stock. My father lived till almost a hundred, my mother lived till a hundred and one, my grandfather, my father’s side lived till a hundred and five, my grandmother on my mother’s side lived a hundred and fifteen, so this is where I am coming from. Because I am smart like that, I have a very healthy lifestyle, I don’t drink at all, I am battling with nicotine but in I am winning that battle, I am on a good diet, not just about what goes in my mouth but what I chose to listen to, what I chose to look at, the people chose to hang around me.”
“I am on a very healthy diet and to top it all I exercise regularly and the people I hang around with are very young people, exceptionally, outstanding young people, they keep me youthful, they keep me useful and I know what is trending, I know what is in and what is out, so I can’t grow old like that and that is why after 70, I said I am not growing any other than this you know, I would rather grow backward.”