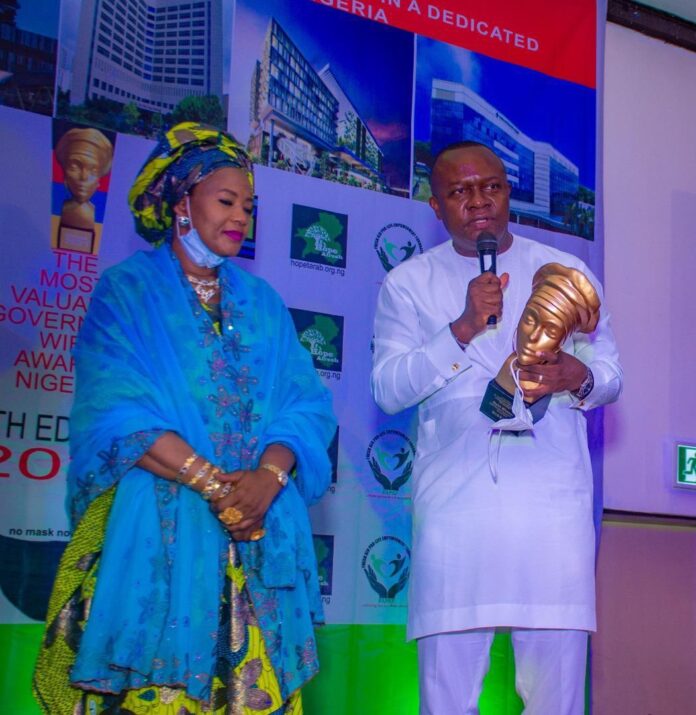 Valentine Ozigbo, a respected Nigerian business mogul and philanthropist, on Tuesday, March 23, 2021, reaffirmed his commitment to expanding the professional and political space for women to realise their true potential in Nigeria.

Ozigbo, a frontrunner in the race for the November governorship election in Anambra State, asserted this on Tuesday, March 23, 2021, when he served as the chairman of the Most Valuable Governor’s Wife Awards event held at Sheraton Hotel, Abuja.

The Most Valuable Governor’s Wife Awards is an annual event where wives of Nigerian state governors who have exhibited uncommon excellence, enterprise, and ingenuity towards empowering citizens in their various states through their various non-profits are recognised.

In his address at the event, Mr Ozigbo reiterated his commitment to being the champion for women if he is elected into office in November. He said that he has always appreciated women and their contribution to society.

“Right from my childhood, I have always appreciated the importance, the contribution, and the value of women,” Ozigbo said.

“My mother, Christiana, is the embodiment of the quintessential strong African woman. Growing up under her loving example, I realised that a woman is not someone to push-over; instead, she is the pillar of society.

“Women have always taken a prominent role in my business and professional life.

“In appreciation of the unique power, potentials, and possibilities of women, I have spent a greater part of my professional and business life expanding the space for greater women participation,” the multiple global award-winning CEO remarked.

Mr Ozigbo congratulated the first ladies who were recognised for their contributions to the upliftment of society at the event, saying that “more often than not, women are not given their due respect”, and that is why he has always prioritized the inclusion of women in decision-making positions.

“So, my belief in the innate abilities of women is unquestionable.”

“If I am elected to serve by my people, my government will be anchored on the power of two groups – women and youth. No society records meaningful development when women are excluded from the table of power.

“Excluding women simply means missing out on the enormous potential they could contribute to development, advancement and harmony in the society,” Ozigbo added.

In his remarks, the CEO of the Most Valuable Governor’s Wife Awards, Tom E. Obulu, said that although the role of first ladies is not categorically spelt out in Nigeria’s constitution, “wives of governors are becoming indispensable because of their increasingly far-reaching effects on the wellbeing of the populace”.

Mr Obulu appreciated the first ladies present for their enormous contributions to the quality of education and health care delivery, charging the various governors to dedicate at least 1% of their monthly allocations to set up health centres to cater to victims of violence against women.