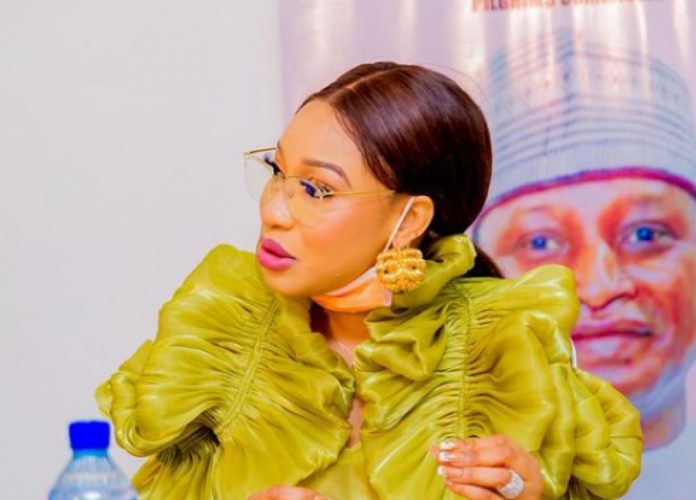 Nollywood actress, Tonto Dikeh has revealed her sadness anytime she thinks of her past and bared her mind on abusive relationships, Njenje Media News reports.

According to the mother of one, she won’t encourage anyone to stay in an abusive marriage and opined said she would rather have her child grow up to be a goodman than have a father.

She made the assertions in an Instagram interview with Ubi Franklin.

I feel like I wouldn’t want to put my child in a situation where he sees this repeatedly and makes it a pattern in his life because hurt people hurt people, only damaged people will damage another person so your child getting to see you getting hit all the time and you are saying that you’re being there for the child.

“No you are just training another bully, you are just naming, feeding, and taking care of another bully that will bully another person’s son or daughter so I for once won’t say stay in an abusive relationship but they are also relationships where there are things that are workable you know where you see a shrink and you guys can work on it, there are tempers that can be reduced, there are some situations that can be worked on but for me, I would never stay in an abusive relationship not possible because I owe it to my son if not to the world to my so to be a very good example and he is my mirror.”

“Every time I look at my son, sometimes I even want to cry because everything I do he does you know the way I get irritated that’s the way he gets irritated I’m like this guy is a mirror to me, so he is mirroring me. So if I had stayed in an abusive relationship he will say it’s okay mummy stay so if I am beating my girlfriend tomorrow you should stay because my mummy stayed so why are you leaving? This is my ideology, another woman will say I want to stay so my child can have a father, No I would rather have my child grow up to be a goodman than have a father”,  she said.

Yahaya Bello Honored With “Friend Of The Church” Award By CAN