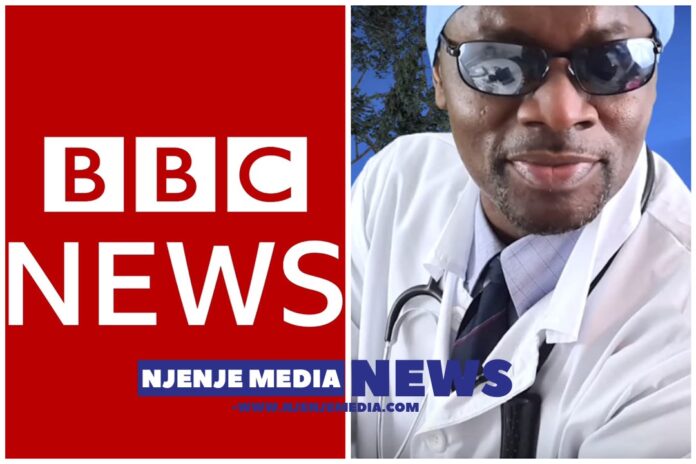 Since I read the BBC’s May 10, 2021, story on the Igbo apprentice scheme titled, “How a Nigerian scheme forged in war creates billionaires,” (https://www.bbc.com/news/world-africa-56985304) I have been left angry. Here is BBC’s lead to the story: “Nigeria’s Igbo community have (sic) a reputation for being highly successful businessmen – partly thanks to a community-run apprentice scheme that emerged from the ruins of war, writes the BBC’s Chiagozie Nwonwu in Lagos.”

I could not get over the BBC’s characterization of this scheme as something forged in war, a reaction to the aftermath of the Nigerian Civil War of 1967-1970. I tried to engage the writer, Chiagozie Nwonwu, on social media to point out obvious missteps in his report, but he stood his ground that it was not a distortion. He argued that it was what Professor Ndubisi Ekekwe told him.

This was how Chiagozie Nwonwu reported it in the story. “The Igbo apprenticeship system has roots in Nigeria’s post-civil-war years, says Ndubuisi Ekekwe, a Nigerian professor whose article on the apprentice scheme is set to appear in the Harvard Business Review later this month.”

At first, I believed that if the reporter had bothered to ask for a second opinion, someone would have told him that the apprentice scheme existed among the Igbo long before Nigeria came into existence.

Of course, in the story, the reporter quoted one Benedict Okoro, founder of the Odinala Cultural Heritage Foundation, making another bogus claim. “The Peoples Club was a social-cum-economic movement…[that] designed an economic template of how the Igbo could move out of the ruins of the war and began a new movement of survival,” says Benedict Okoro. “That is the genesis of the Igba Boi in Igbo cosmology.” Alu!

How could those who were products of the Igba Boi scheme claim that the social club they formed when they became successful was the genesis of Igba Boi?

) based on which the BBC’s reporter wrote his story. I was relieved that Ekekwe did not write in the Harvard Business Review that the Igba Boi was a scheme forged after the war. So, why did he say that to BBC’s Chiagozie Nwonwu?

At the beginning of the paper, Professor Ekekwe boldly stated in his summary that it was a scheme practiced for centuries aimed at lifting others up.

“The Igbos in Africa has (sic) been practicing for centuries what is today known as stakeholder capitalism,” he writes. “The Igbo apprenticeship system (IAS) is a communal enterprising framework where successful businesses develop others, and over time provide capital and pass along their customers to the new businesses. Few businesses grow to become very dominant, and in doing so, they create a largely equal community where everyone has opportunities. The key focus of IAS is to prevent poverty by mass scaling opportunities for everyone.”

Besides stating the obvious, which others who have studied the Igba Boi economic philosophy have since arrived at, Ekekwe did not do much of anything else. Ekekwe’s paper failed to undertake a deeper interrogation of the Igba Boi scheme, the unintended consequences of the system and the outcome of its conflict with a changing world and a changing Nigeria. While those enquires may not be the stated intention of the paper, exploring them is more urgent and would have done more to expand the knowledge base instead of rehashing the known.

In his 2018 TED talk titled, “The age-old sharing economies of Africa—and why we should scale them, American journalist, Robert Neuwirth, described the Igbo people’s Igba Boi scheme as “the largest business incubator platform in the world.” He looked at the Alaba International Market, where 10,000 merchants do business of over $4 billion a year and identified the sharing principle behind it. He noted that what those Igbo traders were doing would baffle Adam Smith and his best-selling economic ideas in “An Inquiry Into the Nature and Causes of the Wealth of Nations.” Neuwirth called Igba Boi a “locally generated venture capital” that required a business owner who took an apprentice to ‘settle’ him at the end of the term by assisting in setting up a business through cash infusion, payment of rent or offering of goods to the apprentice to sell and share the profit. Neuwirth did a better job interrogating the scheme than our own Prof. Ndubisi Ekekwe did in his Harvard Business Review paper.

Here are issues that would concern anyone looking at what Ekekwe called Igbo Apprenticeship System (IAS).

Ekekwe hinted at the problem of modernizing the scheme by formalizing contracts to ensure that it does not take advantage of the apprentices. “That said, many have noted that the Igbo apprenticeship system could be reformed to provide better protection to the young people who become apprentices to mitigate any abuse from their masters. Having a registry for contracts administered by community elders with municipal power to enforce redress will ensure that contracts on settlements are honored once the young person has served as agreed. But most acknowledge that formalizing the process with written contracts and bringing governments onboard will distort the natural equilibrium where people derive pride that they helped to uplift younger people.” What is the alternative to this obvious defect?

That loophole and so many others gradually undermine the very system that has worked for Igbo society for centuries. The job of social science researchers like Ekekwe is to develop ways to sustain what works and modernize it for centuries to come. However, he denied the readers of his paper what he thinks should be done to fortify what is failing. He seems to want the system to continue but is shying away from acknowledging that sometimes, “the only way to remain the same is to change.”

A system that Ekekwe acknowledges “prevents extreme poverty and inequalities in communities” and has made “the Igbo nation a relatively stable community in Nigeria” deserves to be saved even if it minimizes the pride some people take for helping others.

Here are some assignments for social scientists.

Since we have observed this system for decades now, how do we produce scientific data on how many people who embarked on this apprentice scheme make a success out of it in, say, 10 or 20 years after starting their own businesses? As malls and super-shops, the Walmart-kind of stores, begin to gain a strong footing in Nigeria, how will it affect this Igba Boi scheme 20 years from now, 50 years from now? In all villages in the Eastern part of Nigeria, one could see that many kids who left primary and secondary schools to go into a business via the Igba Boi scheme in Lagos, Aba, Onitsha, Nnewi, Enugu, etc. went back home after they failed. For every Innocent Chukwuma of Innoson Motors, Ifeanyi Ubah of Capital Oil and Gas, Cosmos Maduka of Coscharis Group produced by the Igba Boi scheme, 1001 others failed. What could be done to provide a fallback plan for such people to avoid having them constitute a gang of angry youths who join cults andmkpuru miri dealers terrorizing villages and blaming the successful ones for their own failure?

When compared to those who took a different path, those who probably pursued higher education and became civil servants or worked in private companies, which group turns out better off 25 to 50 years down the road? With sales girls and assistants disrupting the Igba Boi system, what plans exist for numerous Igbo boys who are beginning to see doors of opportunities closing in on them? With Chinese manufacturers and merchants exporting the same goods Igbo businessmen go to China to buy and open their own stores in Nigeria with Chinese citizens as storekeepers, how is it diminishing the share of the market for the oga and his nwa boi?

These are areas that need study. These are areas that, if studied, would help those interested in finding ways to strengthen the scheme and maybe provide fallback plans for participants who ended their schooling in primary or secondary schools in a world that require post-secondary education for a chance for a middle-class life.

The BBC was lousy in minimizing the story of Ekekwe’s paper as a scheme forged out of a war that produced millionaires. The researcher, Prof. Ekekwe, was unserious in his decision to ignore what really matters and instead play to the gallery a familiar dance about how this beautiful thing that his Igbo people are doing should be embraced by the world that is in search of a transition from “a shareholder capitalism to a stakeholder capitalism” system.

In my 2012 article, “The End of Igbo Business Model,” (http://saharareporters.com/2012/07/03/end-igbo-business-model-rudolf-ogoo-okonkwo ) I warned that the Igbo business model was in trouble. It has only gotten worse. Anybody who cares about the implications of its failure on the whole ecosystem of Igbo life should be serious about finding ways to modernize and straighten it.