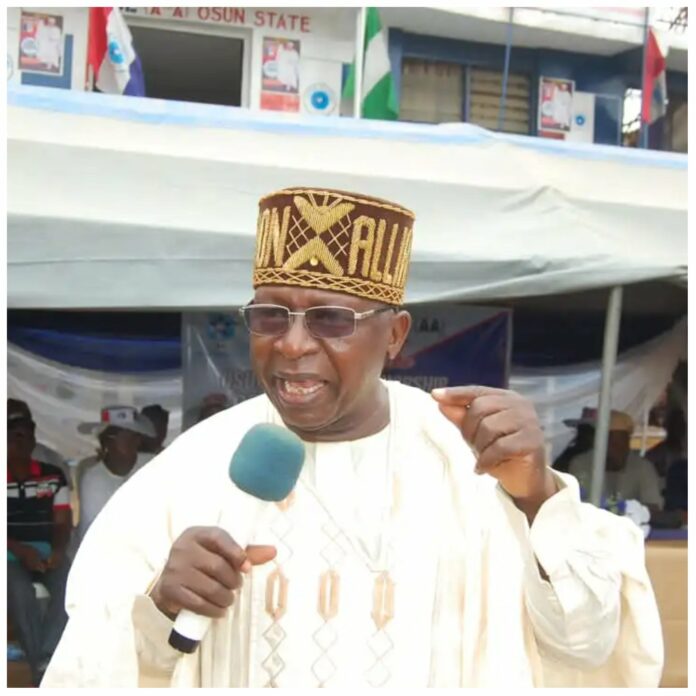 National Chairman of the Action Alliance (AA), Dr Adekunle Rufai Omoaje, has blasted the Independent National Electoral Commission (INEC) over its disobedience to a court judgment.

He observed that the commission was bent on jeopardizing the 2023 general election through its actions.

Featuring on Silverbird TV’s “News Hub”, he expressed concern that the electoral body was disobeying many court rulings that ordered it to recognize the candidates, saying that it is not good for the development of democracy in the country.

He noted that the judgment of a Federal High Court, Abuja and those of the Ogun State High Court sitting in Abeokuta and the Abuja division of the Court of Appeal that ordered INEC to publish the names of candidates he submitted on its website and also paste same in all its offices.

According to him, the action of INEC could jeopardise next year’s general elections, alleging that the election may not hold should INEC fail to respect court orders in the country.

The AA National Chairman said INEC gave no reason for not obeying all the judgments delivered in his favour by the courts.

He opined that the ongoing political campaigns of the presidential candidates of various political parties and other candidates in the 2023 general elections might be in futility if INEC does not do the needful.

Omoaje assured that there was no faction in the party as Mr Kenneth Udeze, who claimed to be a factional national chairman of the party, had long been suspended and subsequently expelled from the party.

He declared that the Action Alliance is under his leadership, and various court judgements affirmed his position, saying that INEC was fully aware of the development.

He said INEC was well represented at the meetings where Udeze was suspended and expelled, adding that INEC should respect court judgment for it to earn the respect of the masses ahead of next year’s general elections.