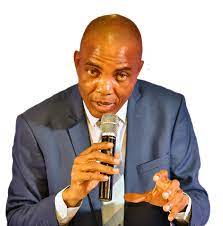 It appears that the May 6, 2022 story on the UK terror-designation of IPOB (Indigenous People Of Biafra) was a mischievous online media exaggeration of adjustments announced by the UK about asylum seekers.

While some sigh of relief would not be out of place, even if only for the huge collateral damage that would have accompanied such a designation by the UK, the incident is an indication of where things could go next for IPOB, not only in the UK but in the US and Europe.

The situation also offers the leaders of IPOB, fractured as it may be, as well as all the other “Biafra Restoration” groups, an opportunity for deep introspection and a total reconfiguration of strategy if Self-Determination and Freedom are really their goals.

The Grand Strategy (of Constitutional Force Majeure) already deployed by the LNC and its NINAS Allies for the Liberation, Self-Determination and Freedom of Eastern Nigeria and the other constituent components (ie NINAS Territory) of the defunct Federation of Nigeria is already yielding significant results, especially in the defeat and termination of the operation of the 1999 Constitution along with the Unitary Union it foists, in a setting that precipitates the Transitioning that will midwife Regional Self-Determination Referendums as first steps towards the emergence of fresh constitutional protocols dictated by the outcome of the Referendums, as well as the inalienable Self-Determination imperative for freed constituent components.

This is irreversible progress towards the Self-Determination Destination and so those in the South and Middle-Belt of Nigeria who also seek that Destination, will do well to realign their campaign to this NINAS Grand Strategy which is POTENT, and is moving on with increasing determination and successes.

In all of this, LNC-NINAS makes a distinction between the clear-minded criminals (conmen) who set up the rogue Biafra Franchise, and the hoodwinked Biafra-seeking multitude. Therefore, this invitation is for that disillusioned and now frustrated multitude who have simply been wanting their inalienable right to Self-Determination.