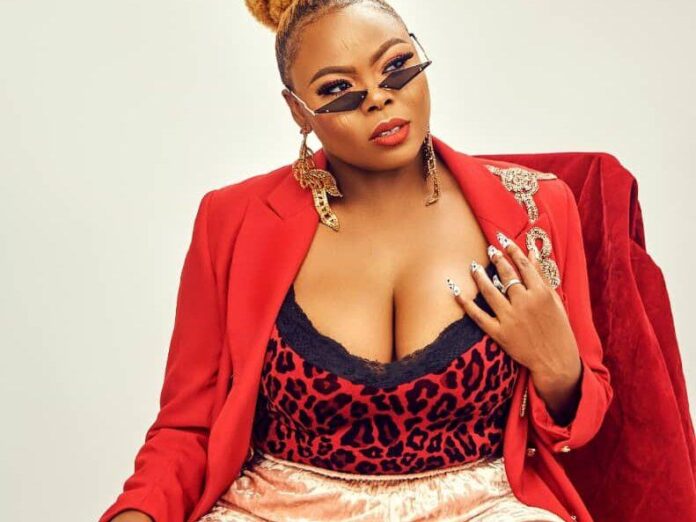 I have a neighbor who constantly needs a prompt before she throws Udoka’s ball back into our backyard. It is not just a prompt; the woman wants a thank you each time she does that. And that could be a lot of times in one weekend alone. I don’t really blame her. The white picket fence separating our yard from hers is not high enough for Udoka’s basketball to stop flying over whenever he plays outside.

For a long while, this woman’s propensities troubled me. I am a quiet and calm person, but somehow I feel irritated. In “Quiet Night Thought,” Li Bai wrote, “We sit together, the mountain and me, until only the mountain remains.” I did not want that to be my faith. Each time I contemplated what to do, I hear Jalal al-Dim Rumi say in Masnavi-ye Ma’navi (Spiritual Verses), “Raise your words, not your voice. It is the rain that grows flowers, not thunder.”

Over the years, I have done well with neighbors but not with this woman. Pablo Neruda wrote, “to feel the love of people whom we love is a fire that feeds our life.” The opposite is a nightmare that dims our dreams. Once in that situation, the only thing to do is a reversal. And that was what I faced. I was at the precipice of the people T.S. Eliot called “The Hollow Men.” With this woman, I was confronting the shadow.

This is a story about the day I borrowed my neighbor’s wife.

I have so many touching stories like this. I don’t tell them because you people are too judgmental. You will not even wait for the story to finish before forming your opinion, judgment, and condemnation. You abuse people you do not know, or even if you know, you do not know their true life conditions and how these conditions made these people make some uncommon decisions.

I have tried to find out, but I could not fathom where you people got that habit. I guess it is the fault of these foreign religions that you have embraced. I do not think that our forefathers had this absolute image of right or wrong. Think about it very well. Deep inside the philosophy of life that saw our ancestors thrive for generations was realizing that things are not just black and white. They recognized the grey areas. Achebe writes in Arrow of God that “a man may worship Ogwugwu to perfection and yet be killed by Udo.” Those grey areas are where most of the actions that move the world forward happen. The African world stalled when we started playing in the white or black arena.

So, I have these neighbors. They are white. I don’t see the husband very often, I guess he works two jobs or travels a lot. But I see the wife. What? I can see what you did with your head. You shook it just to say you were not surprised. That is the problem always. You were already profiling and stereotyping my neighbor’s wife. You did not learn anything from Chinua Achebe, who noted that “Stereotypes are not necessarily malicious. They may be well-meaning and even friendly. But in every case, they show a carelessness or laziness or indifference of attitude that implies that the object of your categorization is not worth the trouble of individual assessment.”

That my neighbors happen to be white does not mean that they couldn’t have been black. And that the story that I am trying to tell you involves borrowing my neighbor’s wife does not instantly mean that they must be white. There are black men who let you borrow their wives. It was not as if I borrowed her for a week or two. It was just for one day only.

As full disclosure, I have a problem. It is a problem that has haunted me for a very long time. I could not define it. I tried to talk to several therapists, but they could not get their fingers on what it was. I sit down on their couches, and they yak and yak about the Oedipus complex, interference, unconscious bias, lack of emotional intelligence, Henry Harlow’s avoidant attachment theory, and countertransference None of that was of any help to me. One even suggested that my problem was that my mother did not hug me enough when I was a child.

I followed their 12 steps and tried all the recommended coping mechanisms, but nothing worked. The other day, one $30 an hour therapist said my intelligence quotient was low. That was the day I stopped therapy. I concluded that there are two types of therapists, those with cognitive dissonance and those with a narcissistic personality disorder.

From the therapist’s office, I went to a library nearby. I wondered around for a long time. I ended up in the poetry section, where I flipped through books of poetry. I have always known that poets are the closest to madmen and women that one can find in any society. I once noted in an unpublished novel that “a poet who looks back becomes a mad man while a mad man who looks forward becomes a poet.” Sasha refused to tweet it out because she said that it did not address poets who are women and their relationship with mad women. Of course, I had no time for Sasha’s didactic feminist post-traumatic stress disorder and her ongoing borderline personality disorder.

As I was saying, I picked up several books of poetry. I started with some of Robert Frost’s poems. I like him. Whenever I feel stuck at a dead-end, I read “The Road Not Taken.” I glanced at the poems of Edgar Allan Poe. I stopped at the poem, Annabel Lee, read it and made the sign of the cross. I flipped through the pages of Walt Whitman and Emily Dickinson’s collections. When I got to T. S. Eliot and Langston Hughes, I felt as if I had been offered bitter leaf soup and pounded yam. I skipped Rudyard Kipling. Because of what he did to Sylvia Plath, I skipped Ted Hughes. I grabbed Emily Bronte, Maya Angelou, Christopher Okigbo, Ezra Pound, Niyi Osundare and Ralph Waldo Emerson. On my way to find a desk, I stopped by the shelf that had Rumi. I love Rumi and I visit him when I want to be at home with my feelings. That was where I found John Milton, John Donne, Lord Byron, and some other dead old white men. I skipped them and picked Pablo Neruda. And it made all the difference.

That same night, when I got home, my neighbor’s wife talked about dying slowly. She was in her early thirties. For her to be talking that way really troubled me. It was a mere greeting that I sent her way. Mundane and senseless talk about the nice weather and she went off about how she was dying slowly with the pandemic and life in the suburb. As she spoke, I could see that she was losing her grip on her dreams. Langton Hughes wrote, “if dreams die, life is a broken-winged bird that cannot fly.”

Her cry for help quickly triggered my inner John Donne. It said to me, “Any man’s death diminishes me, because I am involved in Mankind; And therefore never send to know for whom the bell tolls; for it tolls for thee.” It was a strong draw as powerful as Niyi Osundare’s “Not My Business.”

The good news was that I had had communion in the library with Pablo Neruda earlier in the day. I had read his poem, “We die slowly.” It provided me with the proper ammunition needed to rescue my neighbor’s wife.

The last lines of the poem kept ringing in my head.

If you do not change your life when you are not satisfied with your job, or with your love,

If you do not risk what is safe for the uncertain,

If you do not go after a dream,

If you do not allow yourself,

At least once in your lifetime,

To run away from sensible advice…”

That was how, for the first time in my life, I ran away from sensible advice and borrowed my neighbor’s wife for a day. And as Robert Frost said in “The Road Not Taken,” “it made all the difference.”

Now when Udoka’s ball falls into her yard, she throws it back to us without needing a prompt or a thank you for the act of kindness. I tell you, John Milton was right after all. “What is beautiful is good, and who is good will soon be beautiful.”

Happy Poetry Month. Now go and read a poem. Please. It doesn’t matter if it is seen or unseen poem. Just any poem will do.