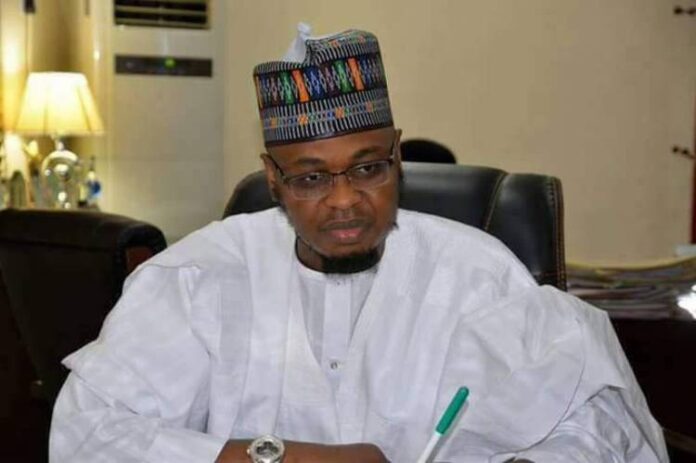 Minister of Communications and Digital economy, Isa Pantami has denied having any link with the Boko Haram terrorist group as alleged in some news mediums, Njenje Media News reports.

According to Pantami, he has been preaching against the doctrines of Boko Haram and similar groups, endangering his life in the process.

“My lectures against the doctrines and all other evil people have been available for over 15 years, including debates that endangered my life against many criminals in Nigeria,” he tweeted from his official Twitter handle @DrIsaPantami on Monday.

“By the Almighty, no amount of intimation will stop @IsaPantami from implementing the good policies of President Muhammadu Buhari, GCFR on security.”

The minister was reacting to an unconfirmed report by Daily Independent later reproduced by an online medium Newswireng that the United States government allegedly placed him on a watchlist for reported links with Mohammed Yusuf, the founder of Boko Haram.

The news platform did not provide any source of the claim other than citing the “America’s Intelligence Service.”

No official sources including the US embassy in Nigeria have responded to the report or corroborated the report.

A video featuring Pantami and Yusuf is also being shared online to back claims in the news report.

But the video is of a debate between the duo in which the minister was educating the late Boko Haram leader against the group’s extremist anti-western education ideologies.

The minister also tweeted from his handle that his lawyers will be meeting those of the original publisher of the story and the online medium who reproduced it in court.