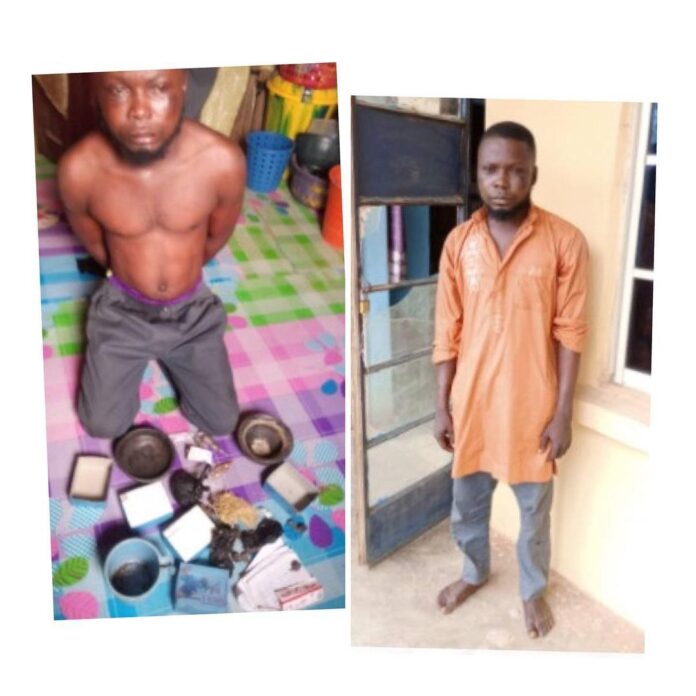 A 36-year-old Islamic cleric, Amodu Jamiu, has been arrested by the Police in Ogun State for allegedly abducting and attemptung to use a 15-year-old girl for ritual purposes, Njenje Media News reports.

Ogun State Police Command spokesperson, DSP Abimbola Oyeyemi, in a statement on Friday, April 9, said the cleric was arrested in the aftermath of a report at Sango divisional headquarters by the victim.

According to reports, the suspect waylaid the victim on her way back from work around 5:30 pm, and lured her into an uncompleted building after hypnotizing her with an object.

The victim stated that on getting to the building, the suspect stripped her naked and used a White handkerchief to rub her private part, as well as all over her body. It was a good Samaritan, who, unknown to the suspect, was watching the whole incident that came to her rescue as she has become unconscious.

In the words of the Police spokesperson:

“On interrogation, the suspect confessed that he has the intention of afflicting the victim with a sickness, which will enable him to extort her parents of huge amount of money having successfully done it to two different persons in the past.  “

“Search warrant was executed in his house, and a lot of dangerous criminal charms was recovered from there.”