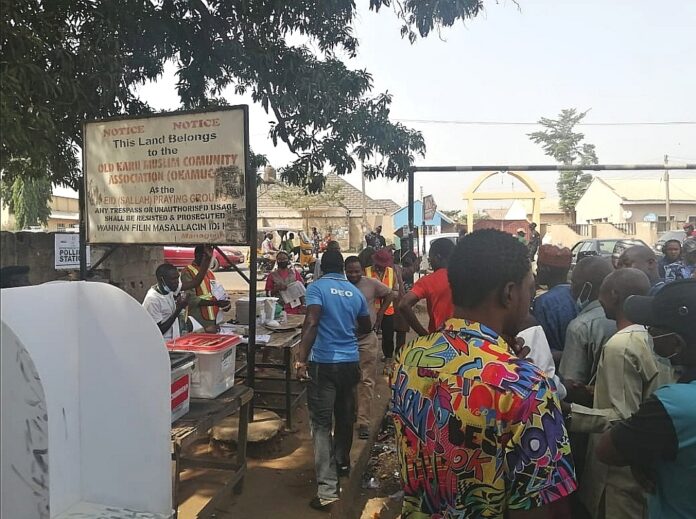 Voting has commenced in Nyanya Polling units 020 and 099 with a conspicuous low voter turnout, NjenjeMediaNews reports.

Voting started at 9:30am under a peaceful atmosphere.

Some voters complained about confusion as to what unit they were registered to vote, saying the situation was demoralising.

A voter, who simply identified herself as Madam Ada, challenged INEC to sort out the confusion before the 2023 general election.

“I voted at the other polling unit in the last elections. Today, I went there and my name was not on the voters’ register. After spending about an hour, I discovered that my name was in this other list. INEC should stop confusing us,” she said.