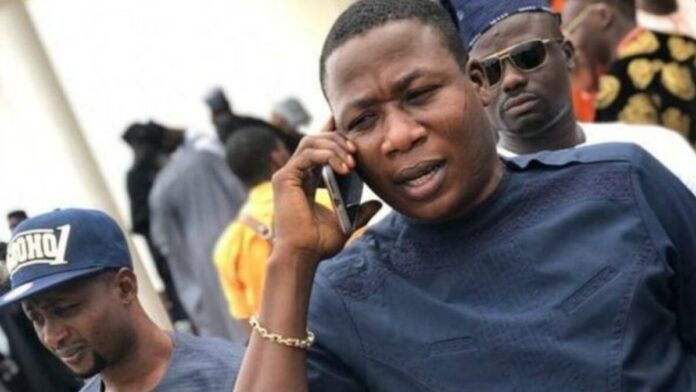 According to the News Agency of Nigeria, the court had on Aug. 4 granted an experte application by Igboho , restraining the Department of State Services (DSS) and the AGF from arresting, intimidating and freezing Igboho’s account.

Igboho’s counsel, Mr Yomi Aliyu, SAN, had informed the court that his client’s life was being threatened after the invasion of his house by the DSS on July 1, where property was damaged and an occupant killed.

At the resumed hearing of the suit, AGF’s counsel, Mr Abdullah Abubakar, informed the court he filed a preliminary objection on the matter.

Abubakar said that he could not move the application now because he filed the preliminary objection and other processes in the matter out of time and urged the court to grant him an extension of time.

He said that the delay in filing his processes, was not deliberate but due to the fact he was not briefed on the matter at the appropriate time.

The counsel to DSS, Mr T.A. Nurudeen, informed the court that he has responded to the processes served on him by the applicant’s counsel.

In his response, the applicant’s counsel, Aliyu, said the processes filed by the AGF were incompetent, adding that the respondent has exceed the five days stipulated by the law to respond after the received of the originating summon.

He urged the court not to grant the application, adding that time was of essence in a fundamental human Rights suit.

Justice Ladiran Akintola granted the application for extension of time and awarded N50,000 against the respondent.

Akintola said that the order restrained the respondents from arresting, intimidating and freezing Igboho’s account still subsist until it is vacated by the court.

He adjourned the case until Aug.30 for the hearing in the application.

Fayemi: APC has not abandoned restructuring