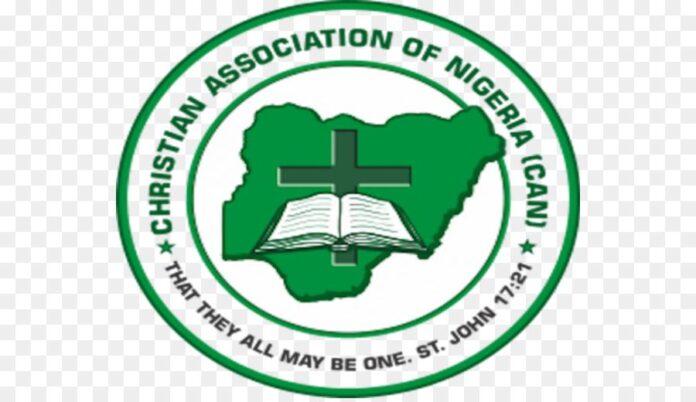 The Christian Association of Nigeria (CAN), Kaduna state chapter, has expressed dismay with the alleged desperation of the All Progressive Congress (APC) presidential candidates in getting the support of whoever in the name of Christian(s) as the 2023 general elections draw closer.

Speaking to journalists on Wednesday, the state chairman of CAN, Rev. John Joseph Hayab, said that a recent publication of an alleged group of Christians named, “Progressive Christian Clerics, North-West Zone” has shown how the APC presidential candidates were so desperate in getting the support of Christians in the country not minding the genuineness of the person, group or organisation.

It will be recalled that some person’s under the auspices of Progressive Christian Clerics, North-West Zone said they have thrown their weight behind the Muslim-Muslim ticket fielded by the All Progressives Congress (APC), Presidential flagbearer, Asiwaju Bola Ahmed Tinubu and encouraged Christian faithful to ensure brotherliness, hence their decision to support the Tinubu/Shettima ticket.

According to the group, its membership cut across 19 northern states including Federal Capital Territory, Abuja, saying that Nigerians should be more concerned about electing leaders with capacity to tackle the daring security challenges and economic problems militating against the country’s progress rather than issues of religious and ethnic sentiments in a statement issued by its zonal chairman, Reverend Moses  Bitrus of Arise and Shine Prophetic Ministry Kaduna.

But Rev. Hayab, while denying the presence of the zonal chairman and group, said, “I have all my life lived in Kaduna and as a Minister of the gospel, l have been opportune to interact and know most of the Pastors in Kaduna. To the best of my ability, l don’t know the name of the zonal chairman nor the existence of a group like that.”

RELATED POSTS:  INEC Says Voters Will Not Be Able To Vote Without Electronic Accreditation

“It is a pity that the desperation of the APC presidential candidates to convince Nigerians that they are being supported by the Christians in the country will definitely attract non existence group of people in the name of Christians claiming to support their candidacy in order to milk them.”

“If the Christians were important, l strongly believe they would have been consulted and carried along in the struggle of the presidency by the APC in nominating the running mate to its presidential candidate. Using names, groups organisations that are alleged to be Christians will not change the reality of what CAN is talking about.”

He explained that the Christians in the country know the difference between their genuine leaders from opportunists parading themselves as Christian groups, saying that genuine Christian leaders would continue to speak out against divisive actions in the polity of the nation so that generations yet unborn will have a peaceful and united country.

He added that anything that is not in the interest of all Nigerians irrespective of any difference, CAN would not support it but will completely distance itself from such things that are meant to separate and cause suspicion, disharmony and hatred among the good people of Nigeria that desired the best from the leadership of the country.

According to Rev. Hayab, CAN would continue to preach peace, love and unity among its followers, believing that that is the only way they could live in peace without any form of suspicion but togetherness among Nigerians.