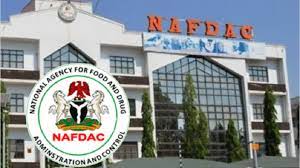 The National Agency for Food and Drug Administration and Control (NAFDAC) has denied reports that 40% of registered brands of pesticide products used in Nigeria are banned or restricted for use in the European Union (EU), endangering humans, animals, and the environment.

Prof. Adeyeye stated that NAFDAC is an ISO: 900: 2015 Quality Management System (QMS) certified organization that has established procedures to allow the Agency to make regulatory decisions about whether an active ingredient should be banned or restricted in a statement released by Sayo Akintola, Resident Media Consultant, on Sunday.

Njenje Media News reports that the NAFDAC executive director went on to say that the agency had put in place mechanisms that would allow it to make regulatory decisions and evaluate whether an active ingredient should be prohibited or limited.

“Chemicals banned by international convention have been phased out and never entertained for registration or given import permits as raw materials for production.”

She said NAFDAC was responsible for ensuring that chemical products produced in Nigeria and those being imported into the country meet the prerequisite in-country approval as well as international standards.

The NAFDAC boss said to ensure that only active ingredients approved by NAFDAC are allowed into the country, the agency appointed testing agents and laboratories to conduct tests and forward results to the agency before any pesticide is shipped from countries that are major exporters of agrochemicals into Nigeria.

While stating that the agency conducts adequate quality control tests before granting certifications for all products that are either imported or manufactured within the country, she also stated that field trial evaluations are conducted in collaboration with Nigerian research institutes to determine the safety, quality, and efficacy of new molecules, as well as inspection of manufacturing facilities to establish good manufacturing practice.