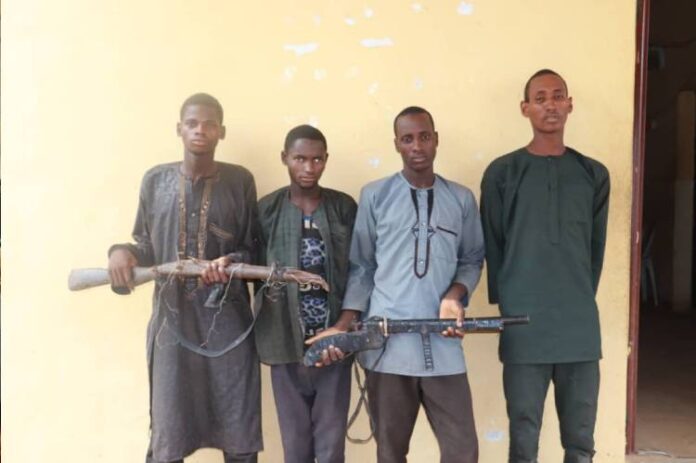 -Shehu Usman age 21yrs
-Idris Ado age 20yrs
-Nasiru Dogo a.k.a Badari age 21yrs
– Umar Yahaya age 21 yrs.
The suspects were intercepted and arrested on their way to Garun-gabas market an area that has been flagged as flashpoint by the command. During interrogation, the suspects confessed to some of their cattle rustling escapades at Garun-gabas and Garun-dangana villages and its environs in Rafi LGA.

The suspects also confessed further that the two locally fabricated guns belong to their gang leader; one Lawal Mumuni who is currently at large.

The suspect was arrested at Tegina town, Rafi LGA. He has been in the Command’s list of wanted persons for killing one Alh. Samaila Isyaku of Tunga-bako village on 01/09/2019 during the Local Government Chairmanship political campaign rally in Kagara.

He allegedly stabbed the deceased to death with a knife and has since been on the run to Gada-kasanga village, Mashegu LGA. During interrogation, the suspect confessed to the crime and claimed that he was attacked by some political thugs during the rally which led to his action.

He Wasn’t Sick : Ondo PDP Laments As House Of Rep...

‘Many Misbehaving Today Not Aware Of Loss Of Lives During The...