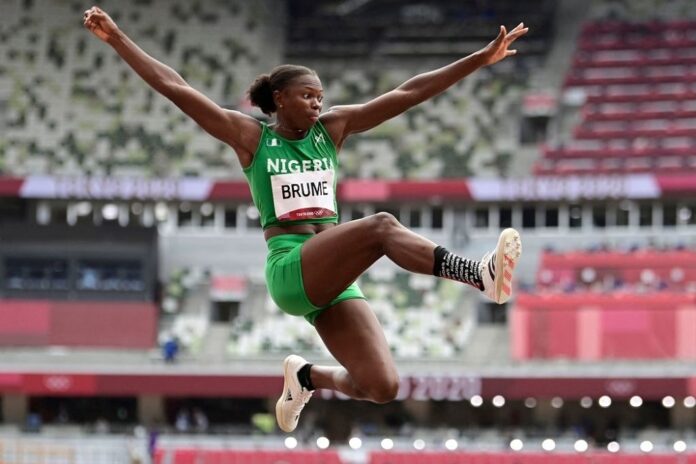 If Brume defends the long jump title, it will be her fourth gold and fifth medal overall in three attempts.

She was part of Delta’s 4x100m team that struck gold in 2021, and also won silver in the triple jump.

The team consisting of Rashidat Ogundele, Fatima Bello, Ajoke Ojomu and Aminat Fashola cruised in a one sided final against Team Oyo at the Indoor Sports Hall of Stephen Keshi Stadium, Asaba.

Captain of the victorious team, Rashidat Ogundele expressed delight over winning the first table tennis medal at the games.

Ogundele said the win has given Team Delta confidence, adding that her teammates are ready for the singles event.