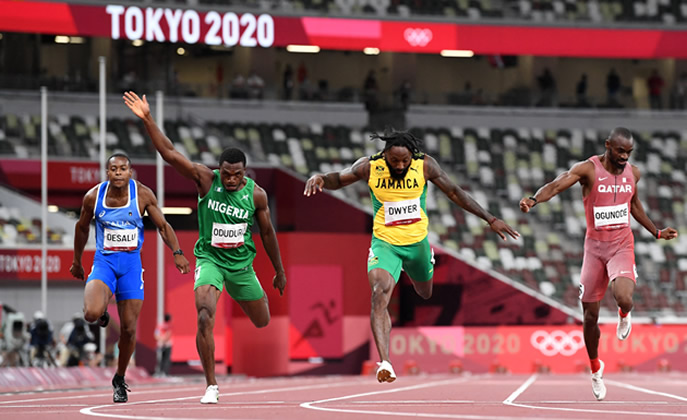 He is among the big names to race at the 21st National Sports Festival in Asaba.

Oduduru, who holds a lifetime best of 9.86s in the men’s 100m, remains the only Nigerian sprinter with such a rocket speed without a “Senior” National, Continental and International Championships gold in the men’s 100m.

The National Record (NR) holder in the 200m has been off athletics radar since August 3, 2021, when he ran 20.16s to place third in his 200m semifinals at the Tokyo Olympic Games.

Oduduru took to his Facebook and Instagram pages saying; “My comeback will be historic. Put your ears down so you can help me share the testimony.”

“My comeback will be historic. Put your ears down so you can help me share the testimony,” wrote the Nigeria 200m record holder on his Facebook page.

In September, the 25-year-old stated on his Instagram page the reason of missing in action. He explained his disappointment in missing major international events, adding that he is looking forward to putting his injuries behind him and returning to action.

Oduduru is a four-time NCAA Champion for Texas Tech University, and his last record-breaking performance was in 2019 when he completed an NCAA Championships sprints double with times of 9.86s in the 100m and 19.73s (NR) in the 200m on the same day.

The post Oduduru plans historic comeback back appeared first on The Sun Nigeria.