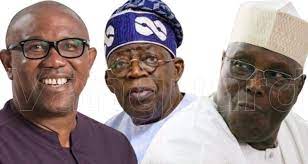 OHANAEZE NDIGBO DISCLAIMS INVITATION TO OBI, ABUBAKAR AND TINUBU
The attention of the Ohanaeze Ndigbo Worldwide has been drawn to the press release by mischief makers to the effect that “Ohanaeze Ndigbo worldwide, has invited the Presidential candidates of the All Peoples Congress (APC), Asiwaju Bola Ahmed Tinubu; Peoples Democratic Party (PDP), Alhaji Atiku Abubakar and Labour Party (LP) Mr. Peter Obi, to grace the 2022 Igbo Day celebrations as special guests. The group went on to state that the “trio, will be adorned with special titles”. The group also intends to offer “special prayers for the three presidential candidates” all at the same time.
In the first place, it is a strange political intrigue to adorn three presidential candidates or rivals “with special titles” and also to offer “special prayers for the three presidential candidates”. This is the height of treachery for which the Ohanaeze Ndigbo should never be associated with.
The foregoing fraudulent activities by a few mischievous Igbo dissidents have been variously condemned by eminent Igbo stakeholders. The worst recrudescence is the satanic bait with which some loose academics are attracted to the impostors.
The Ohanaeze Ndigbo led by Ambassador Professor George Obiozor calls on the unsuspecting public to ignore the charlatans who misrepresent the hallowed name of the apex Igbo socio-cultural organization for narrow, selfish and stomach infrastructure. Obiozor reminds the general public that Ohanaeze Ndigbo does not engage in frivolities and childish display on serious issues of national interests.
The three presidential candidates are hereby advised to keep a safe distance from the social climbers, tricksters, shameless impostors and mischief makers. Most unfortunately, the characters involved in the fake Igbo Day are those who are still fascinated by the unfortunate, infamous, ignoble and odious roles they played in the offices they held in the apex Igbo organization for over ten years ago.
We once again appeal to the mischief makers to appreciate that Ohanaeze Ndigbo Worldwide represents the history, emotions, collectivity, spirituality, unity and strength of the Igbo nation and that the Igbo, all over the world owe a profound emotional attachment to their apex socio-cultural organization, the Ohanaeze Ndigbo Worldwide.
It is in the best interest of the elevated Igbo minds that our sacred identity should not be desecrated on the whims, caprices and immediacies of the unrepentant blackballs.
Finally, the Governor of Abia State, His Excellency, Dr Okezie Ikpeazu and the President of Ohanaeze Ndigbo Worldwide in Abia State, Comrade Okey Nwankwo are hereby enjoined to ensure that those maladjusted attention seekers are given the appropriate treatment they deserve, in the event they insist on their usual unscrupulous penchants.
Dr. Chiedozie Alex Ogbonnia; National Publicity Secretary, Ohanaeze Ndigbo Worldwide