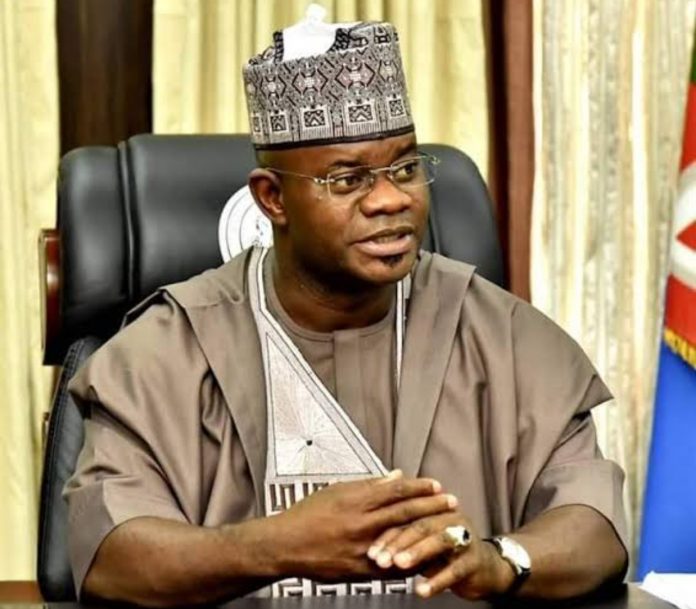 Kogi State Governor, Yahaya Bello, has said only God would decide if he should contest the 2023 presidential election, Njenje Media News reports.

Bello spoke while responding to calls by Nigerians and in particular, the Arewa Youth Forum (AYF) that he should run for presidency in 2023.

Speaking when he hosted AYF led by its President, Gambo Gunjungu in Lokoja, the state capital, Bello said discussions are in God’s hands, NAN reports.

A statement by Bello’s Chief Press Secretary, Onogwu Muhammed, quoted the governor as saying: “The discussions and events ahead of 2023 elections are in the hands of God to decide.

“The recent call on Nigerians, particularly the youth, to revalidate and register as members of the APC was an affirmation of the president’s good intentions.”

The governor also insisted that it was time for the youth to take over the mantle of leadership in the country.

He further called on Nigerians to support the President Muhammadu Buhari’s administration.

The governor maintained that the president was doing his best to proffer solutions to the country’s challenges.

Call The Bluff Of Politicians Who Lure You With Rice, Stockfish In 2023 ― Cleric

2023: BOLA TINUBU AND THE COST OF POLITICAL MISCALCULATION

Ondo State HOA Speaker, Clerk And Others Invited By EFCC Over...