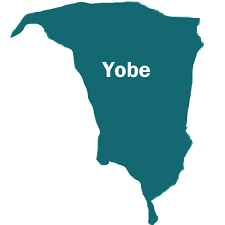 The Peoples Democratic Party, (PDP), has accused Yobe State Road Traffic Management Agency (YOROTA) of removing its flags and posters in some parts of the State.

Alhaji Adamu Waziri, PDP leader in the State made the accusation at the inauguration of the party’s State Campaign Council (SCC) on Tuesday in Damaturu.

“I received reports from various parts, especially from Damaturu and Gujba local government areas, that an agency of the State called Yobe State Road Traffic Management Agency (YOROTA) allegedly assisted by Police and Civil Defence, have been removing our flags in various parts of the State”, he said.

Waziri stressed that the PDP had a right to co-exist as a political party in Nigerian political space.

“We equally have a right to share the political space with any of the other 17 political parties recognized by the Nigerian law”, he said.

The PPRO added that policemen are neutral, impartial and never got involved in politics.

Also commenting, the NSCDC Public Relations Officer, Mr Bala Garba said the uniform used by a patrol team of YOROTA, that rides motorbike looks like that of NSCDC’s uniform, hence many people may think that they are NSCDC operatives.

“The command’s attention was drawn and action would be taken to address the issue”, he assured.

On the hand, all efforts made to reach the General Manager of YOROTA to react to the accusation proved abortive.

RELATED POSTS:  Nigerians Are Angry With Osinbajo For Keeping Quiet Over Twitter Ban

Dr. Abdu Bulama, the Chairman of the Campaign Council, in his acceptance speech noted that the council comprised of experienced and committed party members.