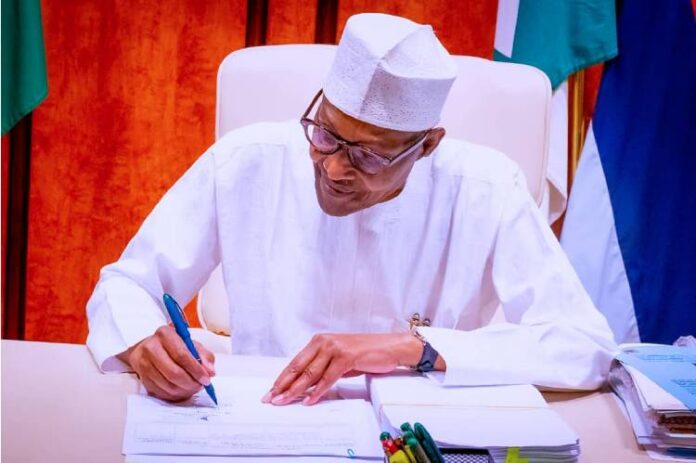 The opposition Peoples Democratic Party (PDP) has berated President Muhammadu Buhari for ignoring the outcry by Nigerians across board not to sign into law, what it called “the offensive, repugnant and anti-people Petroleum Industry Bill (PIB), as passed by the National Assembly, into law, Njenje Media News reports.

PDP noted that the signing of PIB into law despite widespread public rejection, amounts to endorsement of imposition and further confirms that President Buhari and his All Progressives Congress (APC) have no iota of respect for the people as well as the tenets of democracy as a system of government.

The national publicity secretary of PDP, Kola Ologbondiyan, said President Buhari, by his action, has only authenticated that he is not a listening leader and that the APC and its leaders were only out to trample on the will of Nigerians for their selfish interests.

“In putting his hands to endorse the obnoxious Bill, even with its distasteful, paltry and provocative 3% revenue to oil producing communities, President Buhari and the APC have again displayed disdain and insensitivity to the sufferings of the people of the Niger Delta.

“The PDP holds that such is the height of contemot to oil producing communities, particularly in the face of the challenges which they face as a result of oil exploration.

“Noting that Mr. President could have returned the bill to the National Assembly with a request that it is made to address the demands of the oil producing communities, our party fears that the new law cannot guarantee the desired stability and development in the oil and gas sector as well as respite in the Niger Delta region.

“If anything, the Act as signed by President Buhari is a dangerous recipe for avoidable crisis in the sector,” he said.

The PDP called on President Buhari to salvage the situation by immediately forwarding an amendment Bill to the National Assembly to reflect the true wishes and aspirations of every segment of the nation.

“While calling for calm across the country, particularly the South-South geo-political zone, the PDP also charges lawmakers elected on its platform to be at alert even as preparation must be commenced for an urgent amendment to this law,” the statement added.