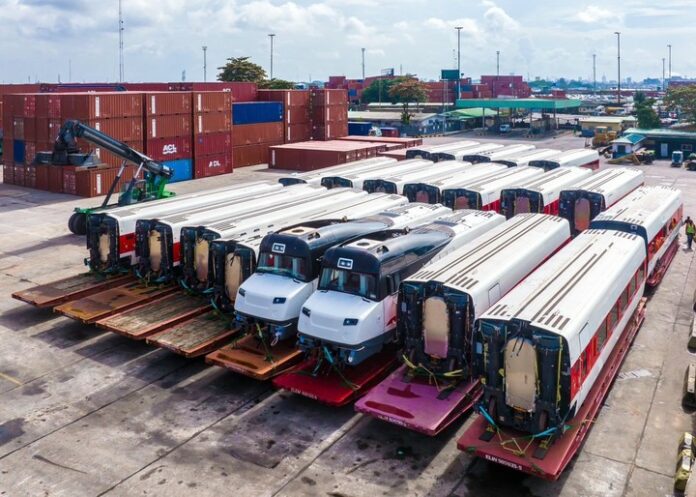 The rolling stock for the Lagos Rail Mass Transit (LRMT) RED LINE Rail Project acquired by the Government of Governor Babajide Sanwo-Olu has arrived Lagos, Nigeria ahead of their deployment for passenger operation planned for the first quarter of 2023.

The Talgo trains, consisting of two train sets of 21 cars, are projected to carry more than 1500 passengers per train set per direction when the first phase from Agbado to Ebute Metta opens for operation.

Governor Babajide Sanwo-Olu performed the groundbreaking ceremony of the RED LINE RAIL PROJECT on the 15th April 2021, Different Train Stations, Vehicular Overpasses and others are at different levels of completion towards the end of the year 2022.