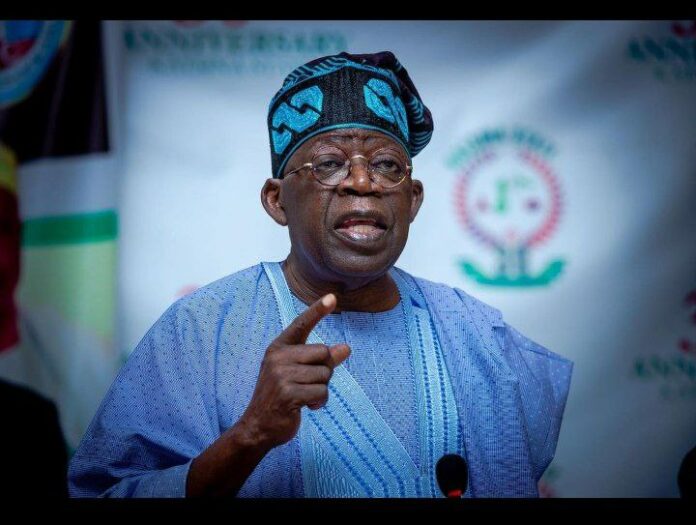 BOLA TINUBU’S DATE WITH THE DESTINY.
“Measures of administrative capacity and leadership in running a nation is beyond personal accomplishments, it requires teamwork, strong democratic credentials and adherence to rule of law, Sacrifice, and selfless services”

“Awolowo championed a course for progressive change in the first and second Republic, his desire to lead the state could not be achieved. Many regarded him as the “best president Nigeria never had”. Bashorun Kashimawo Abiola was a symbol of hope, a philanthropic tycoon who spurred democratic struggle in the fourth Republic. He remains “Nigeria President that never ruled”.

I wrote about the chances of Asiwaju after the selection of his running mate a few weeks ago. I weighed his options which most believed was a miscalculated selection. They wish he had settled for a Christian. He instead went for a man he later described as a man of deep vision who can share his ideology, and doubles in electoral value. He elevates national prosperity above personal interest. He believes a man of equal mindset will accelerate his growth agenda. This must have been a long term projection, he’s prepared for it. He would not want Nigeria to jettison this on alter religion disproportionate.

I have never doubted his intention for good representation and quality leadership, he’s the least person you can accuse of religious bigotry and tribalism. He is a team player. He has demonstrated that, he wheeled in different tribes to form his government as a governor and execute qualitative governance.

What should be a compass of Nigerians in getting their preferred man to the helm affairs in 2023 should be on stewardship, good records and preparedness of the candidates. Do we have any candidate with such qualities? I will leave you to decide that when the time comes.

RELATED POSTS:  Do You Love Me? Why Should You? -- Arakunrin Ayoola Faseyi

One thing you cannot take away from the major contestants jostling along Tinubu is their strong credentials on personal success. They have strived a great deal to establish themselves; they have strong commitments and willingness to push more. Their individual success commands the sea of supporters they enjoyed across the country. It’s beyond the party line; it is more on their individual capacity. However, we should not be hasty to align their personal strength on administrative leadership delivery.

Measures of administrative capacity and leadership in running a nation is beyond that, it requires teamwork, strong democratic credentials and adherence to rule of law, Sacrifice, and selfless services.

Obafemi Awolowo contributed to a Nigeria project: he was one of the founding fathers, A reformer who was responsible for progressive change in Nigeria. He made western Nigeria an economically viable region in Africa. Apart from his role in Nigeria political liberation, his developmental strata remain in the fabric of our national fortune. Free education, agricultural development, industrial revolution amongst others. His democratic credentials stand him out as one of the most impactful politicians of his time.

It is a role Bashorun Kashimawo Abiola almost took on during his political struggle. His election was regarded as the freest and fairest in Nigeria political history, he was a symbol of national hope, he made Nigerians speak in a United voice through the ballot. A testament of his acceptance regardless of ethnic and religious background. Bashorun Kashimawo today became a symbol of democracy in Nigeria.

A man is still holding this mantle. Bola Tinubu is not only a contender in this race. He is representing the tenet of democratic sagacity, he earned it. He has given Nigeria hope of a multi party system. He helped relinquish an unpopular sitting president. He has governed a state. He left an impressive economic blueprint that has transformed his state to one of the most economically viable states in Africa. A mega city status, one of Africa wealthiest cities and fourth biggest economy in Africa.

This is not done by chance, he built institutions to sustain it, he built men to guide them and built legacy to make it last generations.

However, what is common among this three men ( Awolowo, Abiola and Tinubu) is their Transformative leadership, sacrifice and selfless service. They endure and sacrifice themselves for collective growth which spurs progressive change.

Awolowo championed a course for progressive change in the first and second Republic, his desire to lead the state could not be achieved. Many regarded him as the “best president Nigeria never had”. Bashorun was a symbol of hope, a philanthropic tycoon who spurred democratic struggle in the fourth Republic. He remains Nigeria’s President that never ruled.

The faith of our nation is still flashing on a man with equal vision and excellent democratic credentials. A man with a deeper sense of leadership and responsibility, a responsive and progressive mind with equal intellectual stature.

Nigeria is in dire need of structural re-engineering. Plethora of social economic misdemeanors has eaten deep into our national fabric. We need to reduce the rate of poverty, close human and capital infrastructural deficit, and create wealth. This can take a long time to achieve, but a deliberate, consistent and sustainable policy framework can make it achievable within a time frame. Only a man with vision, foresight, team player, deep interest in the country’s socio-economic development and excellent record of progressive change like Awolowo and Abiola can make this happen. The man who shares these qualities is Asiwaju Bola Tinubu. Nigeria cannot afford to allow this to elude her, he is a man with genuine interest in the Nigeria project.
As the campaign train hit the country in the coming days, Nigeria will be left with choice to decide between progressive and conservative.