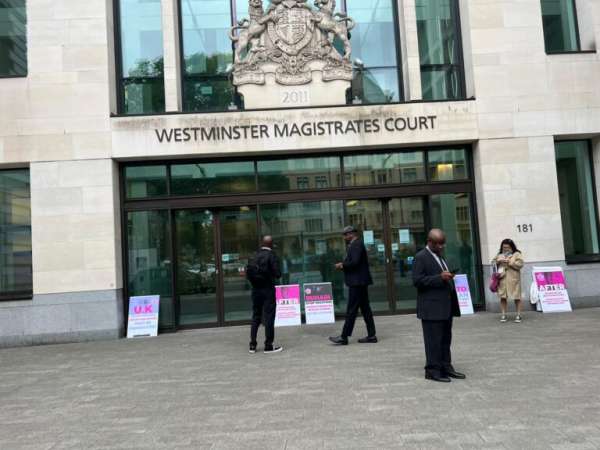 The senate committee on foreign affairs was at the Westminster court in the UK for the trial of former deputy president of the Nigerian Senate Ike Ekweremadu, currently involved in an “organ harvest” case.

Njenje Media News recalls that the London Metropolitan Police arrested and charged Ekweremadu, senator representing Enugu west, and his wife to court for allegedly bringing a child to the UK for organ harvesting.

The UK authorities said the “child” had “been safeguarded”, while the police said their operatives “are working closely with partners on continued support”.

The senate resolved to send a delegation to the UK to ascertain the particulars of the case.

Spotted at the UK court on Thursday is Adamu Bulkachuwa, chairman of the Senate committee on foreign affairs.

David Mark, former president of the senate; Chukwuemeka Nwajiuba, former minister of state for education, and a delegation from the Nigeria high commission, are all present in court.

Here are some photos: